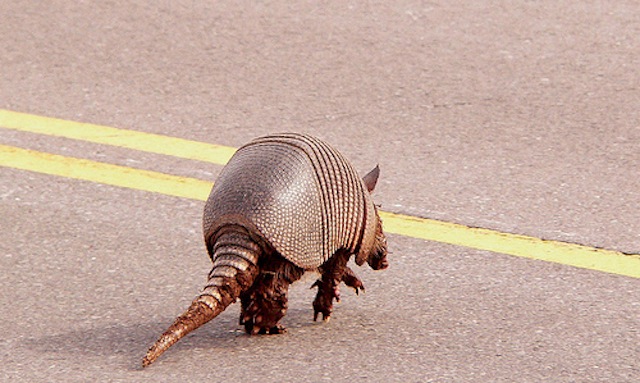 …that’s what you find in the middle of the road. Too indecisive, too slow, and eventually too flat.

Jim Hightower, former Texas Railroad Commissioner & lifetime rabble-rouser, is the owner of the quote, “The middle of the road is for yellow lines and dead armadillos.” Filed at the top of the “Wish I Said That First” list, I’ve used this quote in conversation more times than I can count, as Mr. Hightower offers a humorous but decidedly pointed message about picking sides.

What brought this particular quote to mind today is this article by Seth Fiegerman of Mashable.com.

It appears that despite the public outrage created by Marissa Mayer’s swift kick to the corporate pants of Yahoo!, employee satisfaction rates are at a 5-year high. How can that be? I’m sure anyone in HR can quickly recant some of the more prevalent arguments that surfaced after Meyer’s decision to yank telecommuting privileges (not “rights”) from Yahoo’s extensive virtual workforce: discriminatory to working women, damaging to employee engagement, crippling to work-life balance, her decision was even described as “anti-family.”

True, there was an autocratic message being sent by Mayer; there was no vote, it was simply implemented, and you can be sure it was done so without regard for popular support. The implication was clear; virtual workers aren’t being productive… Mayer looked at the VPN logs, saw enough to convince her of that fact [Wired, 6.27.13], and initiated the kibosh.

What critics failed to consider is the possibility that employees may have actually wanted these changes. Anonymous comments captured in the (Glassdoor) survey are remarkable considering the volatility of the initial decision [Mayer] “restores vision” and a “sense of urgency” to a workplace described by some as “stagnant.” Considering that two of her recent predecessors had sat scores less than half of those Mayer achieved, it’s not unreasonable to assume that many Yahoo! Employees were actually craving a different brand of leadership.

The simple fact of the matter is this: Mayer is the boss; she wants her employees in the office; life isn’t fair. She had/has a business to lead, and it seems her employees are endorsing her decisiveness.

Leading people will require decisions… some will be right, some will be wrong, but the biggest mess is in the middle of the road.