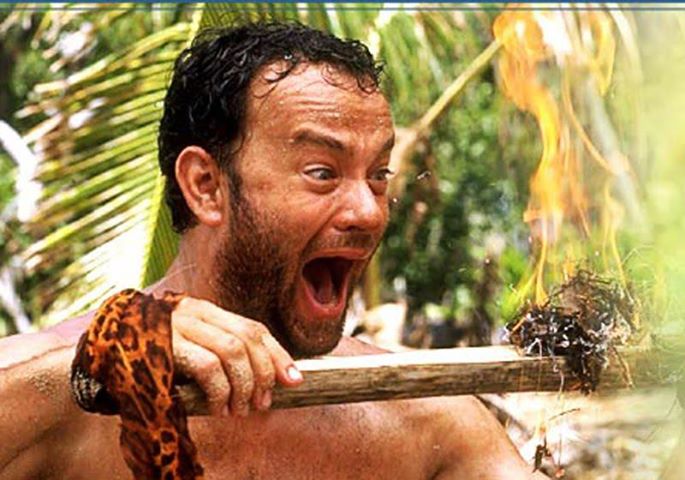 Light and fun post today. Isn’t that what you want before a holiday break?

No one ever puts me on their HR-PEOPLE-WHO-ROCK-LIST. Bump you guys! I am making my own ridiculous HR list! And I am putting myself on it! Why? Because I can.

But my list is for realsies important, unlike your dumb popularity lists. Why? Because this is life or death. This is about surviving! And I’m not talking about surviving an open enrollment.

Don’t worry, we all survived the crash.

Except for the pilot.

I am killing him off because he doesn’t fit on this Top 10 list (if anyone knows of an HR pilot, I will add an eleventh person to keep the pilot alive).

I hate to camp. And I don’t like bugs. Or dirt. Or what saltwater does to my hair.

However, I wear high heels every single day. So when it’s time for someone to go out there and spear fish? I’m your girl! Also? I totally saved my Adderall during the crash. So I am hyper focused on spearing as many fish as possible. My ADD will not be a problem (for at least the first 30 days).

I can also French braid everyone’s hair. So not only are we going to eat fish, but we’ll be eating fish without our hair in our faces. Which? Is a big deal.

Did you know John Jorgensen can filet a fish? Yeah. That’s super important if you don’t want to be eating fish bones and fish eyeballs. John happened to bring a pocketknife on the plane, so this totally works out for us.

John can also smoke ribs. This particular deserted island is full of wild boar. John is a former Boy Scout, and he knows how to make pig traps. I think.

John is the new Head Chef. He fillets all the fish I spear, and he smokes all the wild boar.

Yes, I realize the first three people are from the Midwest. But we know how to survive, people. We are corn-fed.

We need some shelter. I am thinking Steve Browne can make some sort of fancy accommodation out of tree bark and giant palm tree leaves.

Steve is also in charge of fire. We need to smoke our pigs and keep warm by our shelter. The fish we eat raw (everyone likes fresh sushi). So Steve, start banging those rocks together. We’re going straight up caveman style.

Congrats, Dwane. You weren’t killed off in the plane crash.

Steve was in the US Army. And he went on two Iraqi tours. Thank you, Steve.

Steve, we need you to run security. I get really scared of the dark. I need someone tough with me to be the night watchman.

You know what boot camp looks like. I do not. Some of us (okay, just me) could use a little strength training to survive the elements.

I’m sure at some point in time we will need to establish some sort of order, and I’ll bet you’re handy with a weapon (after all, you’ve had world class training).

We need a hostage negotiator. Mike, you’re an awesome union negotiator. This will have to do.

Let’s just say there happens to be some local people living on the other side of the island, growing marijuana. Hypothetically, I find the marijuana, and scream about it, and then they catch me and take me hostage…

I need you to negotiate.

(Yes, this is oddly like a scenario from The Beach. I know. But this movie, and that Tom Hanks movie, and Gilligan’s Island, are about the only things I know about surviving on a deserted island.)

Tincup told me he can play the trumpet like Satchmo.

Tincup, you get to survive the plane crash because we need campfire entertainment. I sort of wanted to kill you off because you always make lists, but I’m too busy spearing fish with high heels to find someone else who can play an instrument.

I need someone to be the island sounding board. And no one does this better than you, Tim Sackett.

I once called Tim and told him I was going to friendship-attack Laurie Ruettiman (because I didn’t think she liked me, and everyone likes me, so this didn’t make any sense, because we both have good hair), and Tim made us become friends.

We need Tim on the island.

He’s the peacemaker. And he allows us all to complain to him about each other.

Okay, we might need to expand our island community. Ryan, you get to be on the island because I feel you have excellent DNA, and there might come a time where I need to make some more island population FOR THE SAKE OF THE ISLAND.

I know we’ve never actually met,  but I think this could work. 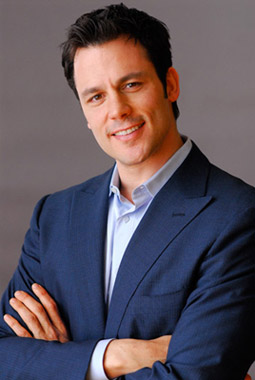 I also hear that you have a very pretty girlfriend… but guess what, Ryan… she didn’t come on this trip with you! So it’s just me, you, and the beach.

Because every deserted island needs The Professor. 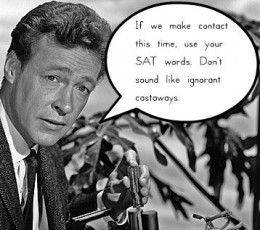 So that’s it, suckers!

Sorry if you didn’t make my totally awesome list. I hope you don’t feel sad or crappy about yourselves, since yet another list came out, and you weren’t on it! Because guess who did make this list? ME! I was number ONE!

Did anyone else notice that I just stranded myself on an island with 9 dudes? Yeah, let’s not talk about that.

Who would you put on your HR survival island list? Let’s talk in the comments.