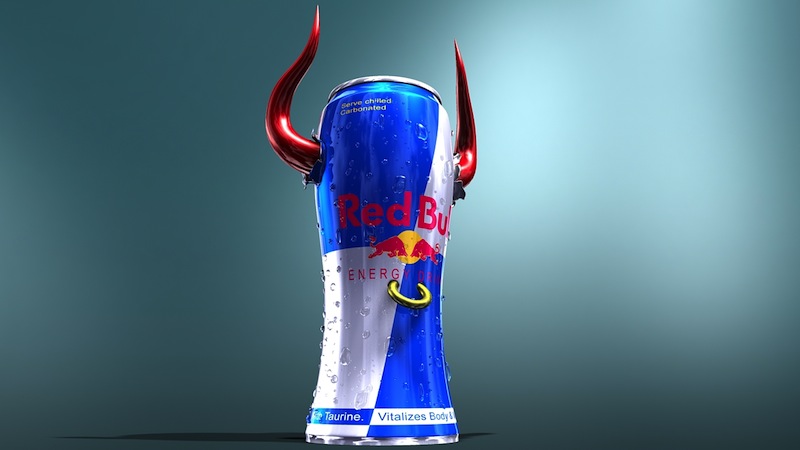 Editor’s note: This is the last in a series of posts we’ll be running at FOT about workplace productivity, based on a national poll conducted by Red Bull and Harris Interactive. FOT + Red Bull = pretty interesting.

For those who have been reading my posts for a while you know I’m a diehard Diet Dew fan. I don’t drink coffee, and I never have. It’s Diet Dew in the morning for me. However, I have a bunch of 20-somethings that work for me, and while some do the caramel-latte-frappuccino-half-calf-mocha-coca-whatever $9.50 coffebucks drinks, a chunk of my crew are Red Bullers! Admit it, you just had a mental picture of the Red Bullers, didn’t you? Young male, 20ish, spiked hair, lose cannon… how very HR’ish of you profiling like that!

My first experience with Red Bull was at our annual ‘Holiday’ Party (still hard for me not to say ‘Christmas’ Party). My hip mid-20’s workforce hit the bar and began to order Grey Goose and Red Bull (I’m paying, which explains their choice of vodka). In an attempt to fit in, I order the same, not really knowing what I was about to get myself into and slightly believing ‘the Hangover was just a movie, right!?” I liked the drink, it wasn’t my normal Sapphire and Tonic, but it was good. After my 4th (yep) I started to realize maybe I made a mistake, while simultaneously believing I could pretty much solve the world’s problems and had the energy to do it. My 20-something employees didn’t tell me they had one Grey Goose and Red Bull and then switched to something else. I kept going with the Red Bull — I had wings!

Staring at my bedroom ceiling at 4:20 am unable to sleep that night, I recounted what I learned:

3. Watching the sun come up is way overrated.

The folks from Red Bull are on a quest. A quest to increase your productivity at work. How do they plan to do this?  Seems pretty easy, drink Red Bull!  Oh, but wait, everyone in ‘our’ office drinks coffee.  Why do we drink coffee?  Because it wakes us up and keeps us going. It also gives us horrible breath, stained teeth and let’s face it, the Mr. Coffeebucks drink order is really annoying… So back to my point, the folks at Red Bull are on a quest to educate people about workplace productivity and bring some of those coffee drinkers over to the red side. Here’s some stats Red Bull recently released in partnership with Harris Interactive:


With Labor Day coming up, the survey showed that nearly half of U.S. employees ages 25-49 may be working at lower productivity rates in expectation of a holiday break; 48% agree that their productivity at work diminishes just before, or immediately following, a holiday or a planned vacation. Those ages 25-49 in the South (55%) are more likely than those in the West (41%) to admit that. When looking at all U.S. employees, women (47%) are more likely than men (40%) to admit this is true for them.

According to the survey results, employed Americans ages 25-49 who drink energy drinks consume about four per week on average and 92% feel their productivity increase in some way after they drink one. The majority feel more energetic (60%) after drinking an energy drink, while over a third are able to power through their entire workday (40%), and/or are better able to concentrate on work tasks (31%).

Want to know a secret? I’ve actually ‘used’ Red Bull on my recruiters!  We like to have fun contests from time to time in our office, especially when we have large projects on our plate. One recurring project is to see how many calls a recruiter can knock out in one day, the winner getting some sort of prize.  On those days I usually provide an unlimited supply of Red Bull. Why? Because like I found out that one holiday party night — THIS STUFF WORKS! Like really works, like please someone catch me when I come crashing down works!  So, you want to increase you office productivity? Then take this official Tim Sackett endorsement: Stop paying for coffee, start paying for Red Bull!