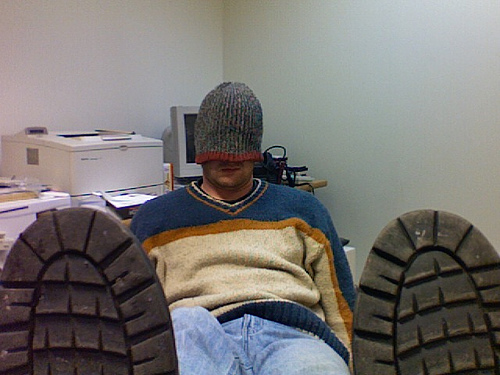 Editor’s note: This is the second of three in a series of posts we’ll be running at FOT about workplace productivity, based on a national poll conducted by Red Bull and Harris Interactive. FOT + Red Bull = pretty interesting.

Let the mediocrity begin! According to a recent Harris Study, it’s estimated that half of all American workers will lose productivity in this week leading up to Labor Day. We’re crazy like that, we Americans…the rest of the world may have their 3-months of vacation, summer sabbaticals, daily siestas and the like, but don’t be fooled – Uncle Sam still knows how to get his downtime…we just do it a little bit at a time.

Even under normal circumstances, we almost all admit (84% of us) to a dip in our happy zone – the average employee already loses just over an hour a day to non-productive activities. Sprinkle in a holiday on the near horizon, and you can be certain that number will increase rapidly as the week progresses. Can you afford to lose 2-3 hours a day per employee? (Spoiler alert – NO, you can’t.)

Even without the data, who among us (except for that really annoying 15% noted at the left) can deny the dip in our motivation before a long weekend? Use the tools you have to refocus the waning attention span of your team as the week progresses; change the game to reward short-term goals and quick wins.

One suggestion? Use pre-holiday week to create “White Space.” A collaborative exercise as a team where focus is a requirement – the goal is to reduce, redact, delegate, and/or eliminate the clutter in your workspace and work-life. When your team is slowing their roll in preparation for a 3-day weekend, help them re-focus their collective energies on the few critical tasks that cannot be ignored.

Don’t ignore the obvious; your team will begin to mentally wander as the weekend approaches. Don’t remove the target, just bring it in much closer, and you’ll be amazed at what you can accomplish.