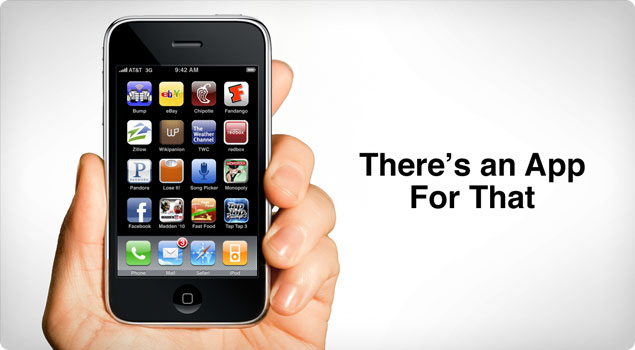 There”s an App for that!? I can”t find that in the App Store!

BreakupText is a tongue-in-cheek iPhone app designed by Jake Levine and Lauren Leto that will compose a long-winded text — gotta sound sincere, after all — in a matter of seconds to deliver the bad news. First, the app asks you a few basic questions, such as your gender, if the relationship was serious or casual and whether the reason you’re breaking it off involves the fact that you found someone else, lost interest or were eaten by a bear.

Levine and Leto said they were initially inspired by an acquaintance’s romantic exploits in Hong Kong. “There was at least one time when the girl didn’t respond — which obviously happens when you pick up people at the bar,” Levine told Fast Company. “So they thought it’d be hilarious to send really long, emotional, dramatic breakup texts.”

Ahh, the humor of breaking one”s heart… sounds like a job for HR!

I need to find an App developer… you see, my idea is that we can easily come up with an App that will allow us to quickly and efficiently terminate employees. Let”s face it, terminating employees is really stressful on us in HR.  We know about it usually way in advance. Which only increases our stress. Not only do we have to have this awkward conversation with the employee, but now we have to carry this knowledge around for days like a heavy suitcase. Terminations are much harder on the giver than the receiver, is my thought on why this App would be so valuable to the HR community as a whole. That actually is a fairly good starting marketing tagline — “Why should it be harder on you, when it should be harder on them!”

Anyway, there are so many reasons we have to terminate employees. Performance, rule breaking, policy violations, layoffs, etc. iFire will have to be able to address each one. Plus, you have varying levels of employees: hourly, union, professional, supervisors, executives, etc. The messages will have to be tailored to be both specific and thoughtful.  Let me run an example by you of a potential termination text from iFire — then Generic Levitra 20mg ? 120 pills$2. you guys can hit me in the comments and let me know if anything would need to be tweaked:

Dear Employee (I would make sure this used their name we had on their employee file – “employee” is obviously not personal enough),

You”ve probably been wondering all weekend why you stopped getting email on your smartphone? Well, we turned your access off as you drove out of the parking lot on Friday.  You see, you”re being let go by the company.  Specifically, you”re being let go by Mr. Johnson, your supervisor, not by this text message. Mr. Johnson says you were under-performing in your role, and your annual evaluation of 2.3 points out how low your performance was.  A package of Cobra paperwork and your personal belongings should be arriving to your home address first thing tomorrow morning. Please direct all questions and inquiries to our website www.abcinc.com/terminatedemployees.  No phone calls will be accepted.

This Message Powered by iFire

You feel it, right?  How much more convenient and efficient would that be in terminating an employee!?  I know, I know – you”re saying in your head — “that seems a bit cold”, but think of it from the “terminatees” standpoint… They don”t have to be humiliated as security walks them out or someone from HR they”ve never met calls them down to the conference room by the front lobby, as the department admin runs down and collects all of their belongings, and the entire team watches in horror. Quick, easy, painless — just like HR should be.