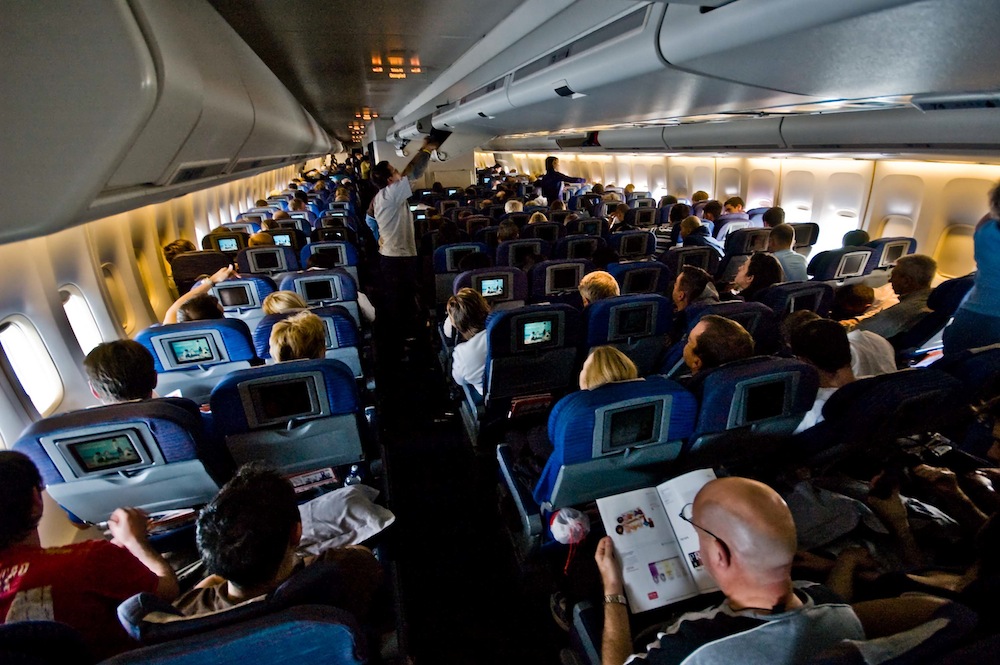 I’m typically the type that gets on a plane armed with my laptop, a novel (or a trash mag), and have my earbuds in and tunes blaring as soon as the flight attendant gives the word. My vibe is don’t touch me and surely don’t talk to me!

Lately I’ve been taking shorter flights so lugging out the laptop to work is less productive. On a recent trip I decided to just hang out and see what happened.

I’ve determined there are at least 3 reasons HR pros (and others) should stash the earbuds and actually talk to people on planes. Here is goes:

1.  Always Be Recruiting – As HR types or otherwise, you should always be recruiting.  Planes offer a unique opportunity to see people in action, eavesdrop on convos and talk about what you do.  I happened to be sitting next to a 29 year-old who hand just landed his first “real” job.  He shared he’d been promoted twice in 6 months. Hmmm, not bad even if he was a bit late to the game. While my company doesn’t have a need for his skills, I know others who do and will pass his info along. He, in turn, recruited me to a new bar; or at least told me where the cool kids hang now.

2.  Professional Development a.k.a. Learning New S*#t – I also sat next to a man who shared he was 75 and still working as a Mechanical Engineer. Then he tells me he inherited a family farm that just happens to have a whole bunch of oil & gas under it and laughs that his boss calls him “Oil Tycoon” now.  I’m not shy, look at him puzzled and ask why the hell he’s still working.  He proceeds to tell me about how horizontal drilling and fracking (in Houston these terms are tossed around like the weather and football – i.e. they’re common) have changed the industry and as such he’s too interested to leave. It’s not about the money (clearly, he IS an Oil Tycoon after all) but it’s about continuous learning.  It was fascinating on many levels and I learned more in 2 hours from him about the industry than I have in the past 2 years.

3.  Networking – Both these guys asked for my card and I gladly handed it over.  The 75 year-old told me to call his CEO and mention we’d spoken. The 29 year-old offered to tell his HR Director about my company because “he really doesn’t seem to get it.” While I doubt anything will come of either offer, they were genuine and appreciative of my advice.  I told the older gentleman about what my parents were doing with a great time-share in Hawaii and Colorado and he excitedly scribbled down the website to check it out. He’s also taking my advice to NOT tell his 5 kids what he wants to do with his money as it seems they all have other plans for it!

While there still may be trips I just want to chill and listen to some Van Halen, I’m going to try and be more accessible going forward. The flights went faster and I felt like I learned some things and helped a couple of nice guys. Plus by engaging in a conversation, neither got into my space and I had the arm rest all to myself!  Added bonus.

Have you ever made a connection on a plane? Hit me in the comments…