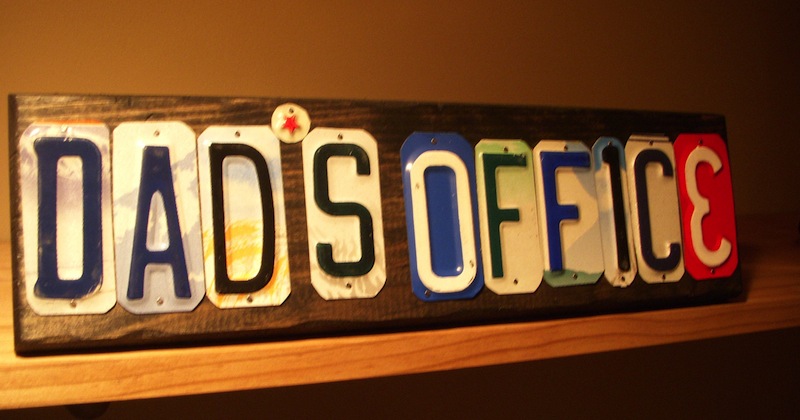 My Dad had a bitchin’ office. Realize this is coming from the perspective of a 9-year old who still considered Batman figurines “cool,” but I’m going to say my opinion holds up. He had a computer (this was 1970’s technology, so it was the size of a small car), a speaker phone that looked exactly like the one from Charlie’s Angels, letter openers that looked like Excalibur, and tons of other cool “stuff.”  When Dad was on the road, which was often, we were not allowed in the office, but for little boys that just made sneaking in there all the more appealing.

And nothing was more appealing to us than one of the little gadgets Dad had on his desktop, you may know it as the “ball doo-hickey,” but it’s actually called Newton’s Cradle:

It’s a simple toy with a group of powerful lessons in physics, all of which were lost on us at the time; we simply liked clacking the balls back and forth. Anytime Dad travelled we were in his office, either making prank calls on his office line or clacking the balls (insert appropriate Beavis & Butthead snicker). One might say the activity was hypnotic…so much so, we didn’t notice one day when Dad came strolling back into his office, unannounced.

Even at 9 yrs. old, this was an “oh sh-t” moment for me. My little brother could always plead for immunity in exchange for his testimony, but I knew I was cooked.

But, surprisingly, my Dad only chuckled when he saw me playing with the “Cradle,” and instead offered up this nugget of wisdom: “Boys, you know how you ask me what I do for a living? Well, the best way to explain it is this, I’m that middle ball.”

Now, at the time, any story mentioning “balls” brought a chuckle, but as time progressed I realized the meaning of that particular metaphor – with very few exceptions, we all live the existence of the middle ball. Professionally, the decisions made by senior leadership are channeled through each of us as they cascade throughout the levels of the organization. With each of these actions comes a predictable reaction, again channeled through us as it is relayed back up the chain of command. Back & forth, day after day, a continuous and perpetual chain of energy and motion.

There’s no avoiding this jolt of energy, only a decision to be made on how you react; you have the ability to channel that energy in a productive or destructive manner. Change Agents and early adopters use the energy boost to get in front of the curve; resisters pull back or become saboteurs – either way, it takes effort. Not to be too simplistic, but as long as it’s going to require your effort and energy, why wouldn’t you choose the route of moving forward?

Consider your role the next time change is sent down from up on high; at some point in the process, the change will hit you, and the choice will be yours on how to proceed.

Be a good ball.