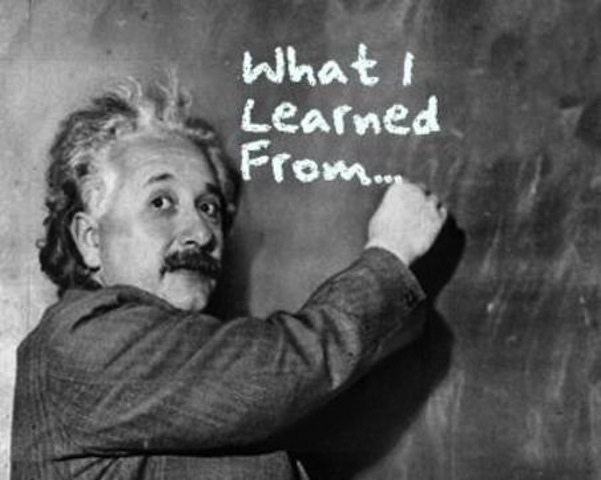 Editor’s Note: This is William’s first post on FOT since announcing his social sabbatical this past May.

I’ve been away from social media since early June. Not that any of you missed me or anything. Just kidding. And, by away I specifically mean NOT producing content for social outlets. The lessons of my sabbatical are longer (and more significant to me at least) than this post. If you really care to learn more, ask me when we see each other IRL. Preferably over some chilled vodka… let’s face it… that’s when I’m at my best (ahem worst).

The first thing I noticed is that I was totally addicted to all things social. Really addicted. I deleted all the apps off my Droid and for an entire week I carried it with me thinking it would beep or notify me of something important. I stared at it. It stared back. Neither of us blinked. What I have done? Eff me, I can’t make it 90 days like this. Let’s be clear here… in my lifetime, I’ve been addicted to a ton of things <insert vice here>… child’s play compared to getting off social media. To fill the phone void, I downloaded and played games. Yuup, Candy Crush Saga… currently, I’m on level 134. In hindsight, I traded one addiction for another. Please don’t be like me (on so many levels). When you go on your social sabbatical, don’t make the same mistakes I did.

The feelings of my out-of-control addiction were persistent all 90 days. That said, the overwhelming feeling of somehow missing out… the Cowboys traded for so and so, Drake just released a new single, my favorite inked model just posted a new Instagram, a new movie was released, one of my fellow bloggers was killed in a car accident, the local Chinese restaurant was closed for whatever reason, Tim Sackett was left off of some new influencer list, etc., etc., etc. Social constituted almost all of my news sources. That in and of itself is a problem but that feeling of being left out and/or missing out on something important never left me. Never. That said, I really didn’t miss much but it was a hellish feeling that left me sleepless many nights this summer.

I also learned that one’s approach to social media is extremely personal. Meaning, what works for me might not work for you (and vice versa). Seems like common sense but alas nothing is common about common sense anymore. The way we use the social mediums is so personal… your personality, the way you love (or hate) technology, the way you consume content, your approach to liking, friending, following, sharing… all personal… that particular moment – you & whatever social media outlet… totally personal. Yet, we’re really judgmental of others… how they don’t get it and or do it correctly. I’ve been guilty of this. Judging others for not seeing the world as I do. My sabbatical helped me see the error in that behavior. Stuff might not be right for me, but it might be right for that person. It’s not just seeing things through other people’s eyes… it’s coming to grips with the fact that I know no more about social media than any other human being. At the end of the day, social has to work for you. And, you alone. My best advice… find a way to get really comfortable in your own skin.

And finally, the biggest learn of my social sabbatical was the fact that social, for many of us, filled a gap during and after the recession of 2008. Turns out, the Internet (thanks Al) in general, and more specifically social media, was a place where we could escape the blandness of the time. People we loved were losing jobs, cars, houses… marriages were in disarray, the economy was crap, our retirement funds were depleting by the second, political hatred was at an epic all-time high, record layoffs by damn near every firm… from small firms to publicly traded, etc. It was a uniquely less than stellar time. And, IMHO, we all used social to escape. In doing so, we created some strange behaviors and/or addictions. One’s that we still adhere to. To understand how social helped us “make it” through the economic catastrophe, one has to step away from social… garner a different vista from which to reflect on the past.

To wit, I think everyone should take some form of social sabbatical… like me and/or like this dude… find a way to get away and discover your own addictions, behaviors and/or learns. Last thought… social works for us not the other way around.

PS. I cheated a bunch on my social sabbatical. A bunch, a bunch. At first I was wrought with guilt. How could I do this to myself, my audience, etc. Then, over time (and chilled vodka), I came to understand that that was an important learn during my journey. Addiction is a bitch and relapsing is oftentimes a part of it. Or at least that was my rationalization. Now, hit me up on Twitters.