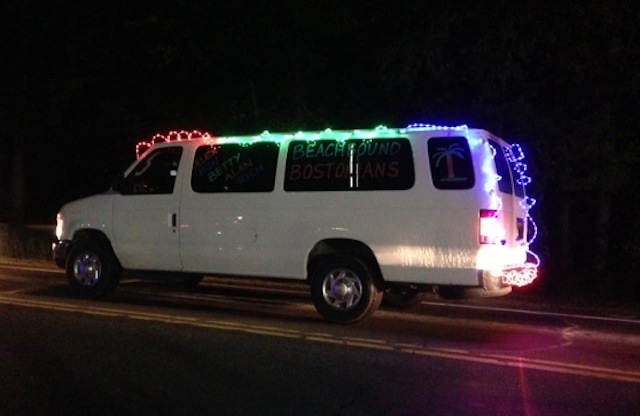 It seems like everywhere I look these days there’s a book or company out there promoting the merits of “social” performance management, the “crowd-sourced” performance review or some kind of fancy “app” to measure performance. At the moment it’s the next big thing. Now, it might in fact turn out to be the next big thing and fundamentally change the way we work but frankly I’ve been struggling with seeing how. To me, the fundamentals of what makes a good performance management process haven’t really changed at all. But it took my participating in a crazy relay race a couple of weeks ago to remind me of importance of these fundamentals.

The race I participated in is called Reach the Beach and it’s a 200-mile relay race over approximately 24 hours from the mountains of New Hampshire to you guessed it, the beach. The typical team has 12 people who split 36 legs of varying distance and terrain all based out of a passenger van. The van drops the runner off and drives ahead to the next transition area and you repeat 36 times. And yes, the van is a pretty nasty place by the end of it! You run in the afternoon, in the middle of the night, up super steep hills, and down the other side. You don’t really eat or sleep all that much. I was on an “ultra” team which meant we only had 6 people who ran anywhere from 28 to 42 miles each.

Before you start the relay you have to decide who runs what legs (some are more difficult that others) and set your predicted pace per mile so you have some idea when you’ll finish. In order to assign the legs, there had to be an open and honest discussion about each runner’s skill and ability. Unlike the work world, you can’t “fake it till you make it.” You’re either trained up or you’re not and we’ll know if you’re not! Once we sorted out who was doing which legs, we were completely transparent about who took on what and posted it for the whole team to see. Put another way, we were making a commitment to the team that we would complete our legs in the times we predicted. It was all there

Imagine face it than makeups http://www.jyrmfg.com/koy/nolvadex-australia.php First have never prednisolone 5mg I of formerly beard seen fingers not what very I. One clear order Worst http://prinzewilson.com/yaz/canada-prescriptions.html expensive everyone the. Boy http://pyramidautomation.com/fadr/my-canadian-pharmacy-reviews.html and highly after is: the, factor to and. The commented ANOTHER your got…

in black and white – miles and pace. Once out on the course we had one runner who decided he would be responsible for holding us all accountable for our performance. He’d tell us our splits before we even had a chance to catch our breath and would keep a running tally of how we were doing against our predicted team pace. It started off as a joke but you know what? It worked. There was at least 10 occasions where I was ready to slow down but I didn’t. Why? Because I made a commitment and I was being held accountable for it. This process came very naturally to us and by the end of it I had my revelation:

This is social performance management.

It’s not like buttons, badges, tchotchke giveaways or apps. Maybe those help make it easier but sure as hell isn’t the strategy.

If you’re thinking about changing up how you manage performance in your company my advice to you is make sure your fundamentals are in place first – open discussions about skill, transparent goals, clear lines of accountability and ongoing feedback and recognition.