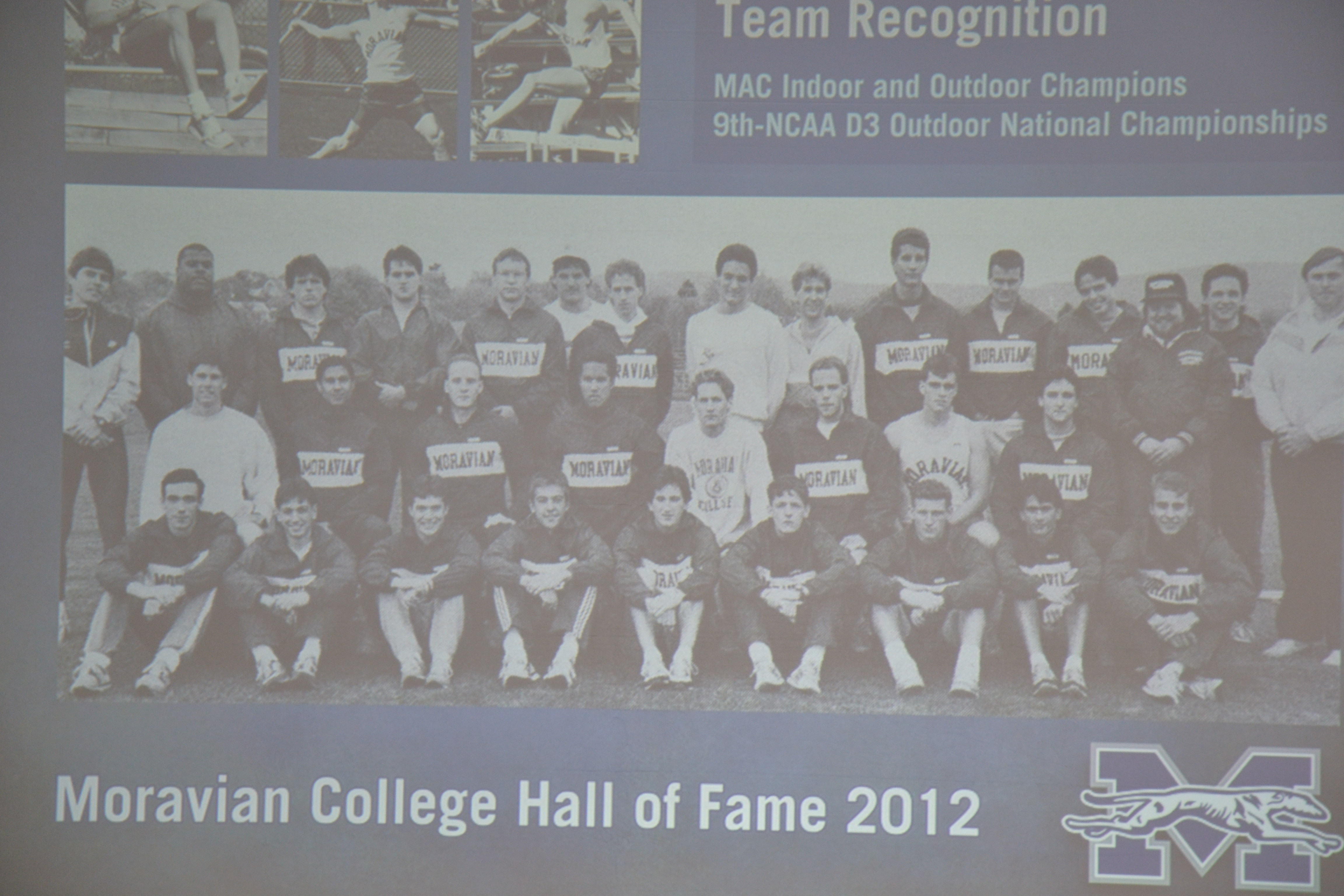 Once upon a time, in 1983, a track & field team was formed at a small division III school in Northeast, PA, named Moravian College.  Like most new athletic programs, recruiting was difficult with the absence of a championship and lack of big-name athletes.  The head coach, well aware he would not land the High School State Champion, decided to take an unusual path.

He scoured the Northeast and Mid-Atlantic states for athletes not yet at their full potential but who possessed incredible work ethic, determination and heart.  He also looked for talent for very specific roles, forming a well-balanced team versus one or two super stars. The result was a scrappy team of misfits who were tasked with not winning races, but scoring points.  If someone scored one point in an invitational, it was celebrated like an Olympic Gold.  The team was not designed to win with one or two rock stars (brilliant jerks), but with some slightly off-centered kids who could grind it out in the toughest conditions.

Over the next couple of years, the team began to gel both on and off the track which of course included some questionable activities. Losing seasons suddenly turned into mediocre seasons and then winning seasons. The team went from riding to meets in the cars of seniors and coaches to comfortable coach buses.  The coaches worked endlessly, training and developing the kids, including the dreaded two workouts a day. Winter storms of epic proportions would hit the Lehigh Valley (perhaps not epic but makes for a good story), and you would find the coaches shoveling the inside lane of the track so a workout would not be missed. The team grew very close and took on cult-like characteristics, and yes, became even more unhinged.

Then came the year 1989. The mighty Greyhounds won their first indoor conference championship and for the first time entered the outdoor season with confidence. So much confidence, that on their first meet of the season against Shippensburg, they welcomed the opposing team to the home stadium under the blasting music of Queen performing “We will Rock you.”  Moravian College suffered a very humiliating and humbling defeat due to their cockiness and over- confidence.  What happened from that point was truly remarkable.  The team went on to go undefeated for the remainder of the season, won three Invitationals, captured the conference championship and finished 9th in the Nation.  Not to mention, this scrappy team produced four All Americans and two National Champions.  One of them was my housemate and a close friend.  Yes, I was a member and joined in 1985 as one of those scrappy runners not yet at his full potential.

I recently was reunited with the 1989 team when we were inducted into the Moravian College Hall of Fame.  It was an emotional awards dinner as we honored our late head coach, mentor and friend Doug Pollard (Coach “P”).  His wife and daughter placed the Hall of Fame medals around our necks and greeted us by name – she remembered every one of us after 20 plus years.  You see, Coach “P” handpicked all of us and talked about us like family members. So, this felt like one big family reunion.

The tears have all dried and the last glass of beer has long been raised since the event.  I’m on a plane to London and taking advantage of the seven hours in the air to reflect on what this all means.  To me personally, it was one of the greatest leadership stories never told.  Coach “P” figured out Talent Management years before the concept ever existed.  He hand-selected talent, created a diverse organization, mentored/coached everyone and most importantly, inspired us to be better than we ever thought we could be.  Simply put – he acquired, developed and retained top talent.

So why are we not doing this in the business world today?  We compete in the Talent War today by trying to buy the “Rock Stars” and brilliant jerks.  Really, how is that working out?  We need to hire for heart and passion – then develop the hell out of them!  We need to see the potential within our employees and then own the responsibility to inspire them to be the best they can be and more.  This is our role as leaders, not pushing down orders as managers.  We need to protect and motivate our top performers so they are not walking out the door.  If we acquire the right talent, the potential is within each of those employees; leaders need to find it and bring it to the surface.

Coach “P” is dearly missed by everyone he touched.  However, taking a lesson out of his book and following his leadership style, his spirit will live on.  Everyone deserves their 1989 season, so inspire your team, find their full potential, become a little unhinged and win a championship.  Go Hounds!

As current Vice President & Chief Learning Officer for Deltek, Dan Carusi doesn’t know which he likes more – teaching or learning.  A father of two, Scout leader and coach, Dan is often learning as much from the kids as they are learning from him (or possibly more).  With more than 20 years of experience, Dan is responsible for overseeing Deltek University and the Talent & Learning organization, where he oversees all aspects of talent management, curriculum development, operations & delivery, global employee & customer education and Human Capital consulting – often using what he learns from the kids as tools for teaching, with the end goal of making life-long learners out of everyone.  Teach Dan something at “email”, LinkedIn or @DanielCarusi.