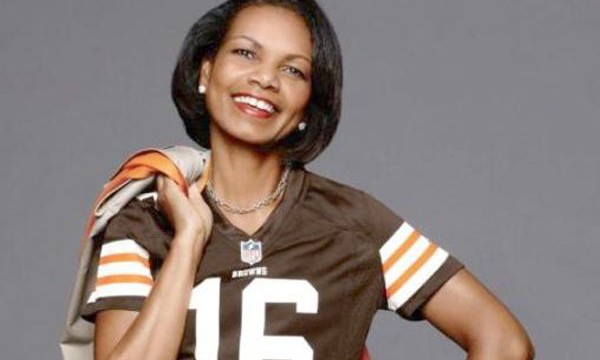 Before I begin my rant this morning, I should print a disclaimer.  My alma mater does not have a football team.  We have an awesome basketball team that seems to love being eliminated in the 2nd round of the tournament (I’m not bitter), but we don’t have football.  My stance on college football is that I will root for the team of whoever buys me the most beers.

Recently, former National Security Advisor and Secretary of State Condoleezza Rice was appointed to the NCAA football selection committee.  This is the committee that will select the 4 teams that will play in the NCAA playoffs after the BCS is retired later this year.  If, unlike me, you follow college football, you know that this is a whopping change from the highly lampooned BCS system of the past where the top 2 ranking teams in the AP poll face each other in the National Championship.

There was immediate backlash at this announcement!  The reason is obvious!  As a Republican, Condi Rice will clearly not be welcome by the obvious bias of the Liberal Sports media!

Then, clearly, she is unqualified because she is a trained classical pianist and we all know that band nerds and jocks cannot coexist!

Ummm…is it because she’s a woman?

YES!!!  YES!!!  Condoleezza Rice is a horrible pick for the football committee because she is a woman!  And, women don’t play football!

This isn’t new.  In fact…if you’re as old as Kris Dunn, you know that it wasn’t that long ago when women weren’t even allowed to vote much less hold any position of importance.  Still…I feel like, in 2013, we should at least pretend we’re tolerant.

Here are some recent examples that have me, a dude, stirred up:

Look…I’m just a dude on an HR blog saying what every non-ignorant person already knows.  But, seriously people!  Condi Rice is brilliant (I’m not arguing politics, here)!  She LOVES football.  She has not hidden the fact that she has aspirations of being the commissioner of the NFL.  Sure…she’s never played.  But, Nicki Minaj has never sung. Did it keep her from scoring a judging role on American Idol?

Props to the organizations (the NCAA, Yahoo, Facebook, Microsoft, and the many others I haven’t mentioned) for looking past gender and recognizing intelligence.  Now…can we please move on to 2014 without a glass ceiling?