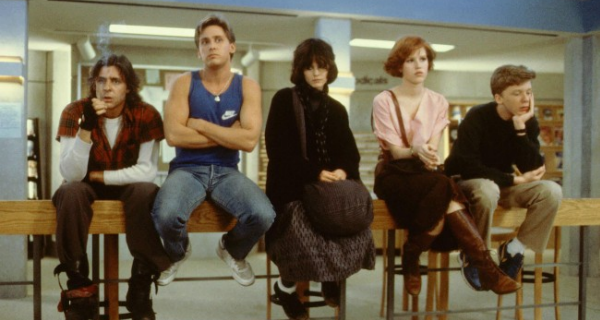 HR, and management in general, has taken the brunt of the vitriol and blame for low engagement scores. Read anything in the mainstream business press and the blogosphere, and the finger is decisively pointed at executives and managers as the cause for disengagement and low productivity.

The subtext is “If those lazy managers and lousy HR ‘types’ would just get the stuff together, this world would be brighter, cleaner, fresher, and prettier.”

I do agree somewhat.  There is plenty of “lousy” in the management ranks at most companies. I’ve said it before that engagement is a two-way street, but we still look at it as if it resides only in management’s court. But I know better.

Being 1 of 6 kids – with smart parents – we learned early that there is rarely an argument, scrap, or fight between kids without there being at least two sides to the story.  In our house, one kid was never singled out as the blame for a problem.  There were usually two or three who had a hand in the outcome, and we all ended up in our rooms without (insert one of three meals here).

Our parents knew problems in a family were typically part of a dynamic BETWEEN people and rarely (I say rarely because I know I did my fair share of unilateral pestering) the result of a single person being a jerk.

I’ll go on record as extending that thinking to organizations – large and small.

Rarely is the problem within an organization a singular focus.  One person didn’t bring down Enron any more than one person pushed/pulled Apple to their position today.  Okay – that may be a bad example – damn outliers.  But you get the drift here.

Engagement levels in your organization are the outcome of the interplay between players, not the actions of one audience.  We must accept it even we don’t like it.

Lessons From The Walking Dead

Pop culture isn’t a great place to look for management and business advice but, frankly, if we didn’t do it would this blog even exist?  Trick question – of course it would – it would just be boring.

But back to The Walking Dead (I’m a fan, so watch what you say in the comments).  Last week (hope this isn’t a spoiler… ) one of the characters said to another…

Think that through.  You can be something, but you can’t “only” be that thing.  You have other dimensions, sides, personalities, attributes.  You are more than a single label.

You bring a lot into the workplace every day – more than just your employee hat.  And that affects your engagement.  Who you are is more than the one-dimensional point that too many companies, managers, and fellow workers assume you are.  You have many dimensions.  Heck you’re a bloody tesseract of complexity! (Learned that in the 4th grade.)  You have more dimensions than you know.

And those dimensions impact your engagement.  If you try to ONLY be an employee, you’re trying to skirt the whole engagement issue.  That’s a victim’s game.  Being “only” an employee allows you to wait to be acted upon versus acting on the situation.

Being “only” an employee assumes you have no role in engagement.  But, oh you do.

As An Employee you are….

Don’t cop out and accept “I’m JUST an employee.”

Remember, the end of that boomer movie touchstone… The Breakfast Club… (and I know you’re playing the song “Don’t You Forget About Me” in your head when you read this.)

Dear Mr. Vernon, we accept the fact that we had to sacrifice a whole Saturday in detention for whatever it was we did wrong, but we think you’re crazy to make us write an essay telling you who we think we are. You see us as you want to see us. In the simplest terms, in the most convenient definitions. But what we found out is that each one of us is a brain…

…and a basket case…

Does that answer your question?… Sincerely yours, the Breakfast Club.

You are not JUST an employee.

You never were and you never will be.