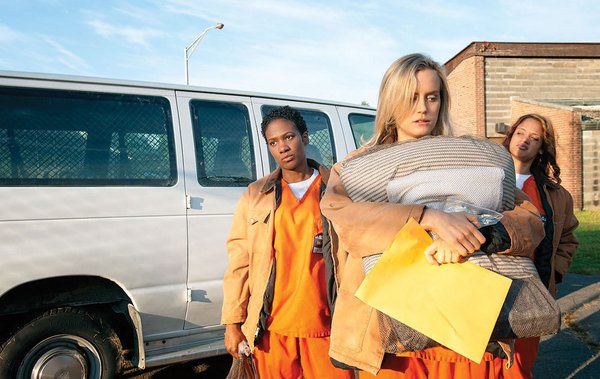 Like most unexciting couples in their late 20’s at any age, my fiancé and I are TV binge-watchers (a nice bottle of wine + six hours to kill on a Friday night = lasting revenue for Netflix), so we were fairly delighted when the on-demand media provider announced they’d be creating a couple of original series – and releasing all 13 episodes at once!

I first heard about Orange Is the New Black, the second original production from Netflix, during an interview on NPR with the show’s creator Jenji Kohan. Kohan adapted the show from a memoir by Piper Kerman about the year she spent in minimum-security women’s prison. Here’s a quick rundown:

A white, middle-class woman named Piper, who graduated from a prestigious women’s college, became involved romantically with a woman who was working for a drug ring. They traveled together on out-of-town business, and Piper agreed to carry a suitcase of drug money. She wasn’t caught, but years later she was named in a drug conspiracy, convicted and sent to prison.

Beyond that basic premise, Orange‘s writers have created a fictionalized version of Piper’s story, as well as fictional backstories for the inmates Piper is serving time with.

But two nights and 13 hours later, I wanted to learn more about the real Piper Kerman. So I picked up a copy of her memoir, and I think you should too.

Like most young professionals, I’ve read my fair share of terrible “how to” and “secrets of success” books/blogs. Okay, maybe they weren’t all terrible, but just not relevant at the time I was reading them and therefore did not pique my interest. I happened to have read Kerman’s memoir last week on a road trip, just as I was moving into a new role. As I progressed through the anecdotes, I found myself drawing a strong connection between her experiences and starting a new job.

Starting a new role – at any level in your career – brings with it a wave of uncertainty that mirrors some of the same obstacles Kerman faced when she left her comfortable middle-class life for a year in a minimum-security prison.

I’m excited about my new role and my move out of the Editor seat and into the Blogger #30 slot. Thanks in advance, FOT Nation, for reading my posts.

The statistics surrounding prison populations in the book are truly alarming. I do not in any way view my or anyone’s career as a prison sentence.

Have you read the memoir? Did you find any of Piper Kerman’s experience applicable to your career? Or have you just seen the show and whole-heartedly agree that there ain’t no party like a Big Boo party? (Email subscribers click through to view image.) 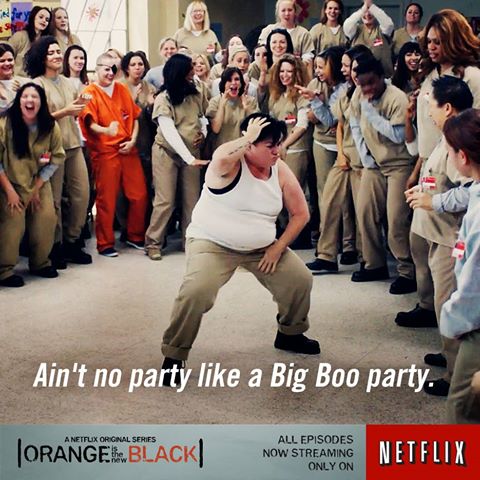