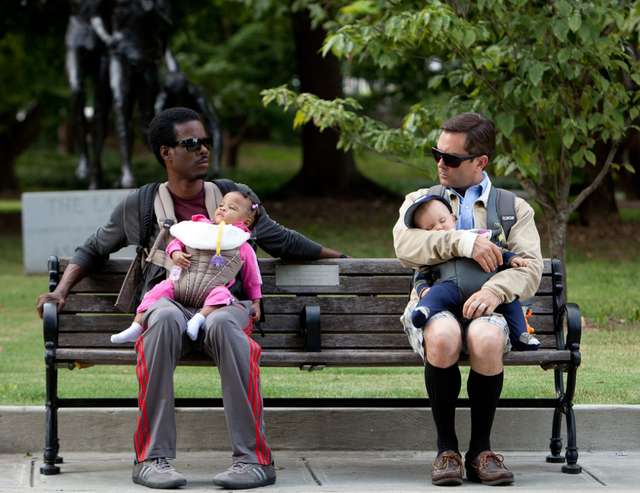 Pop Quiz: What does the United States of America have in common with Papua New Guinea and Swaziland?

Well, pretty much nothing at all EXCEPT, according to a study done by Harvard and McGill Universities, they are the only 3 developed countries in the world that don’t guarantee working mothers leave with compensation. I didn’t believe it when I read it so I took a look at the maternity leave policies of some “less” developed countries where I assumed there to be no maternity policies in place.

Bolivia, i.e., the poorest country in South America: 12 weeks 100% of national minimum wage plus 70% of wages above minimum wage.

We live in the country with the highest standard of living in the world and the best we can do is 12 weeks of unpaid, job-protected leave?? Seriously? Oh, and that’s only if you have worked at your company for 12 months and have worked a minimum number of hours. And that’s only for mothers. Dads get an even shorter end of the stick. Well, it’s not entirely true that you can never get paid on maternity leave since giving birth is considered a disability! And, with some companies, you can even extend your disability pay if you have a C-section! No wonder the rate of C-sections in the US is so high… that’s a post for another day. This is just plain wrong.  And it doesn’t make good business sense.

We’ve created a system in this country where the goal is to have parents get back to work as soon as possible and not to spend time with their families during this critical time. In many cases, since there is no compensation at all, a mother ends up returning to work long before 12 weeks because it’s financially impossible to take the full time off. If you’re a father wanting to take time off for the birth of your child, you’re likely to fair even worse, and you’ll be lucky to get a week off before you’re peer pressured into going back to work. Real men don’t take paternity leave. How focused on the job do you think someone who just had a child really is?  But it doesn’t have to be this way.

In many countries it would be considered odd if you DIDN’T take your full time off. Countries like Sweden, Norway, and Canada, for example, are leaders in supporting families.

We need to do a better job supporting families in our organizations. Not only because it’s the right thing to do (god forbid) but because it makes good business sense.  I’m lucky to work for an organization that provides 6 months of job-protected leave for mothers (with 3 months at 100% pay) and 1 month of leave for fathers also at 100% of pay. Here’s three reason why:

Bottom line—this isn’t just about doing what’s right for families, although that should be enough. It just makes good business sense.

Check out this interesting map for a snapshot of maternity-leave policies around the world.

Note: Some of the information on maternity polices in this post were taken from http://www.strocel.com.