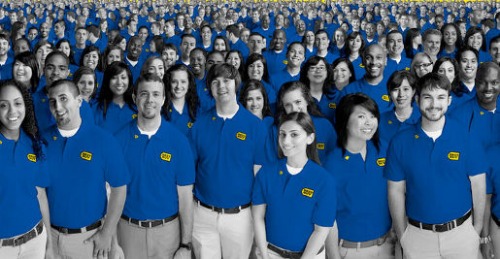 Have you guys seen all of the selection tools that are out nowadays? It’s crazy.  You can select employees based on almost any personality trait, level of intelligence or emotional intelligence, physical ability, etc. Basically, you decide what you want, and someone, somewhere has already developed that tool.  It’s a great time to be in HR and Talent Acquisition!

Here’s the problem—all of those tools aren’t needed!  In fact, there are only 3 “valid” selection criteria that HR is truly looking for in any employee.  Here’s what they are:

1. Attractiveness – This might really be the only true measure of a good hire in the eyes of most HR pros. Are they pretty? Yes. Great Hire. No. You suck at selection. The truth hurts. Pretty people have better jobs. Like my good friend William Tincup likes to ask: Is that a correlation or causation?  Let’s not get too far into the science because it doesn’t really matter.  We like to hire pretty; it makes us feel good about ourselves.

2. Likeability: Being able to be liked by your co-workers and peers is hugely important to your success in any role. Don’t discount it. No one likes an asshole, thus why they are labeled as an “asshole.”  Too many people don’t get this, and become bad employees. “Well, I do my work and that’s all that counts!”  No it isn’t. Doing your work is one part of your job, getting along and playing well with others is another part of your job. Don’t think you can do one without the other!

3. Loyalty: What does loyalty even mean anymore!?  People get really worked up over a company saying and believing they want “loyal” employees! “Well, companies aren’t loyal any more, why should we!”  Companies have never been loyal, but you were just too stupid to understand that relationship.  When a company now says we “value loyalty,” what they are really saying is that they want you fully engaged with them whilst you are both together. Love the one your with knowing, one day, we might not be together, but while we are, let’s both be committed to each other. Kind of like every romantic relationship you’ve ever had.

That’s really it. If you just focused on those three things on all of your hires, your executives would think they have the best HR department on the planet! “Wow, look at all these pretty, nice people we’ve hired, and they all seem really engaged! Our HR staff is doing something right!”

Think this is a joke?

No. It’s how the majority of companies hire today, without really knowing they’re doing it. Some are just way better at following these three criteria than others!

Does it make us uncomfortable to say it out loud?

Yes. You see, deep down under all the surface, office-party level talk, you want pretty employees, you want employees who aren’t assholes and you want employees who want to wear your company logo polo shirt. You aren’t a bad person for thinking this, it’s very normal behavior.  We like to hang around people who are nice, attractive and loyal because it makes us feel like we are all those things.  It doesn’t necessarily give you better hires, but at least you’ll all feel good!