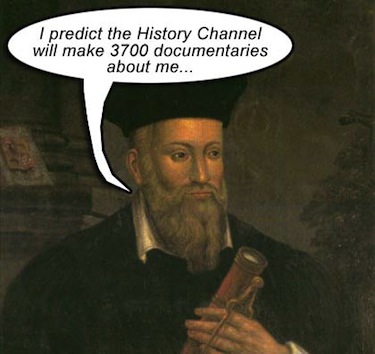 The Annual Sackadamus FOT Predictions have become legendary, primarily for their uncanny accuracy and for the simple fact no one is willing to go out on such a limb within the industry. Back in 2009—it was I who predicted the takeoff of Video Interviewing/Video profiles!  I also predicted Healthcare reform would go nowhere, so 50/50 seems to be a good odds in this predicting game. In my 2013 predictions I told you Facebook would figure out the recruiting side of the business, and Social Graph was released. Okay, so most HR and recruiting pros still don’t know how to use it to recruit, but that’s not my problem.  I predict, I don’t fix stupid.

So, what are Sackadamus’s predictions for 2014?  Here you go, my followers:

1. The unemployment rate, which currently stands at 7.0, nationally, will fall below 7.0 for the first since November of 2008!  (Don’t be a hater, I called it here first!)

2. People will stop calling Millennials “Millennials” and start calling them what we should have all along: “Stupid Kids.” I’m so sick of hearing generational differences stuff that I will physically throw up on the next presenter I hear in 2014 talk about this. Every new generation is young, dumb and full of ideas that are based on their lack of experience in the real world.  You had them, I had them, your parents had them. Can we stop labeling and just go back to the truth?

3. Tim Sackett will cuss on stage at the SHRM Annual Conference in Orlando and HR ladies from around the world will make a comment on their session review form that will say “Wasn’t what I expected. Had a typo on slides 7,13, 25 and 47. No need to use foul language.”

4. 129 people will email and ask to guest post on my blog and give me “free, great content my readers want to read,” which is loaded with paid links they are making money on.  I’ll respond with, “my fee for sponsored posts is $500.”  I’ll get 129 people who will not respond to my response.

5. I’ll get dissed by some crappy HR vendor and throw a pissy fit and write a hate post about how crappy of a company they are because they didn’t recognize my brilliance (in 2013 that was WePow. Sorry. Still waiting on the blue Chucks that everyone got—I mean everyone!—except for me).

6.  I’ll get bought off by a vendor at SHRM and pimp them like I had part ownership based on them delivering me one Diet Mt. Dew.

7.  I’ll get invited to LinkedIn’s Talent Connect Conference, finally… then right a hate post when they want me to pay to attend and write about how great it was.

8.  I’m going to do something (webinar, post series, music video, etc.) with LinkedIn’s most followed female, Stacy Zapar, for the simple fact I’m fascinated by this being a skill (being ultra-followed) and how she’s been able to turn into a successful business… and she “gets it.” The world loves celebrities!

9. In 2014 we see the reemergence of a concept that almost went the way of the Dodo Bird—retention!  Retention will come back in vogue in 2014. Why?  Because the recession is officially over and, as HR pros, we have to worry about people leaving again.  The hottest company in the space, and the only one concentrating on retention, is BlackbookHR and their product of the year in 2013 “Sense.”  Watch for them, they will get big fast, or bought by someone very big.  For major companies, retention will become their number 1 concern in 2014 (boy, we haven’t said that in a long time!).

10. I’ll finally get to leave North America for the first time in my life. It might be with William Tincup, which could be epic.  I’m interested to see if the snake oil theories I sell in the states will sell over the pond.  Okay, I’m not really that interested, I just want to post Instagram pics from other countries like Laurie Ruettimann and be all fancy.

Those, my loyal readers, are Sakadamus’ predictions for 2014.