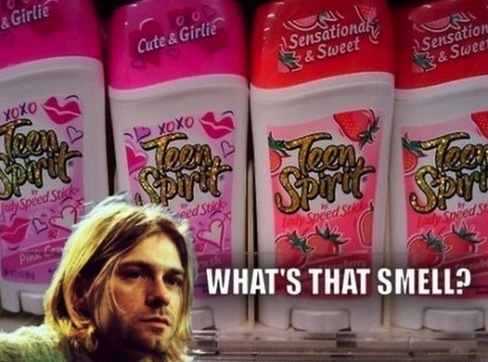 Want a great job in any industry?  The smart people are stealing ideas and pitching them as their own.  They’re actually doing one other thing, but I’ll talk about that in a second.  This idea wasn’t created in my head—it was spurred by yesterday’s FOT post by WJT (William Tincup).  Here’s the close of William’s post that focuses on the fact that there are no new ideas—in HR or anywhere else:

“If something is cool to you, don’t hide the reference—share it with everyone.  Apologies for the rant but people that claim ownership of new ideas and whatnot drive me to drink. At least now you know why. And, the next time someone says they created something new… it’s okay to giggle on the inside. Or vomit.”

William makes some great points. It’s hard to find an original idea anymore, and I think we all can do better in citing the influences of our work. But there’s one little detail I have to add. It goes something like this:

PEOPLE ARE SO LAZY THAT THE PEOPLE WHO SIMPLY RIFF OFF OTHER PEOPLE’S WORK LOOK AMAZING IN COMPARISON.

Most people won’t even go to the trouble of finding innovative ideas to call their own. That’s true in HR, recruiting and any other industry.  Want to look amazing?  Go find some innovative ideas and work them into your game, your banter, your career.  You’ll look like a superstar.  Most people just want to make the donuts.

Smart people steal ideas and pitch them as their own every day, but they also do one incredibly important thing.  They add some layer of value by using that original work and adding an additional feature, a point of view, and/or a marketing approach to the idea, etc.  This form of riffing off of other people’s work is probably why we are not better at giving credit where credit is due.

Need some examples?  Here’s 3 big ones from pop culture, which are blatant rip offs, but where the new artist added just enough value where no ones gives a s***, and I’m not sure we should:

1.  SMELLS LIKE TEEN SPIRIT (Nirvana).  Dude, don’t look now but that whole guitar riff that contributed to you wearing flannel at one stage in your life is a blatant rip off of Boston’s “More Than a Feeling.” And girls deodorant.  From the authority that is cracked.com:

“Nirvana would go on to inspire a whole new generation of artists, with their breakout single eventually ranking in the top 10 of Rolling Stone’s 500 Greatest Songs of All Time list.  The name of the song came about when Cobain walked into his bedroom one day to see that his friend Kathleen Hanna had spray-painted “Kurt Smells Like Teen Spirit” on the wall. Being somehow totally unaware of Teen Spirit deodorant, the brand that his then-girlfriend Tobi Vail wore, he thought it was some kind of badass revolutionary slogan and didn’t realize that Hanna was actually making fun of him.

When he finally found out, Cobain didn’t care, because he felt the song had been a joke from the start. He said in a Rolling Stone interview that he was trying to rip off the Pixies and write the ultimate pop song, and came up with his version of the riff from Boston’s “More Than a Feeling.” When he showed the riff to the rest of his band, bassist Krist Novoselic instantly dismissed the song as “ridiculous,” so Kurt made the band play it repeatedly for an hour and a half because his ability to write music was eclipsed only by his ability to be a shithead.”

Film at 11, people. Rip somebody off. Rip two people off and mash it up in something kind of new. Marry Courtney Love. Here’s the songs together  for all you detectives out there (email subscribers click through for the video):

2.  PAUL’S BOUTIQUE (Beastie Boys).   Another music example, The Beastie Boys CD Paul’s Boutique is generally dismissed by the masses who feel the “Beastie” experience went downhill after their debut, Licensed To Ill. Idiots. True believers know that the pinnacle of the Beastie Boys was Paul’s Boutique, which was broadly cited for it’s lyrical and sound diversity, and featured heavy samples from other artist’s work just before heavy royalties were needed to lift actual tracks from other artists and use them in your own work.  Here’s some flavor from Wikipedia:

“Paul’s Boutique was produced with the Dust Brothers, whose extensive, innovative use of sampling helped establish the practice of multi-layered sampling as an art in itself. While the Dust Brothers were set on making a hit record, the duo agreed with the group on producing a more experimental and sonically different record.In total, 105 songs were sampled on the album, including 24 individual samples on the last track alone. The backing tracks were allegedly produced with the intention of being released as a Dust Brothers instrumental album, but the Beastie Boys convinced the duo to use the tracks as the basis of their follow up to Licensed to Ill.


Contrary to popular belief, most of the sampling for Paul’s Boutique was cleared, but at dramatically lower costs compared to today’s prevailing rates.”

Here’s my favorite track from Paul’s Boutique. Listen for all the samples. You’re welcome. FOT encourages you to shake your rump (email subscribers click through for the video):

3.  MALCOLM GLADWELL (any of his books). You want to talk about trading on the ideas of others? Gladwell is the master of taking interesting research, even if it’s fairly weak, and creating his own form of art. His latest book actually makes the argument that greatness comes from dyslexia. While some great people in the history of the world have overcome dyslexia, would you rather have it or not have it? My favorite Gladwell book, Outliers, is predominately based on the work of Anders Ericsson, but it’s Gladwell’s ability to tell stories and be a provocative commentator that adds the value.

It’s a dog-eat-dog world. People are stealing the ideas of others everywhere around you. Do what William Tincup suggests and attribute those ideas early and often.

But for the love of Shatner, get out there and sample ideas like the Beasties. Add a compelling feature or two and you’re more than a hack—you’re an artist.