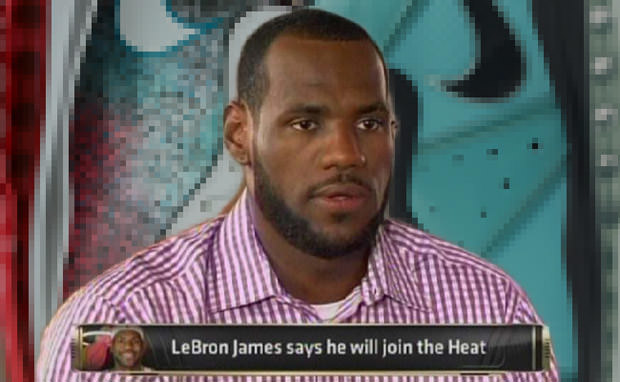 LeBron James famously once said that he was going to take his talents to South Beach to play for the Miami Heat. That was three years ago and the results have been pretty good since then—assuming you call two championships, two MVPs and an Olympic gold medal pretty good. His reasons why were pretty clear: there are worse places to live than Miami (rich athlete + no state income tax = win!) and, in going there, he joined a team poised to win.

He joined a winning employer in a location with lots of built in advantages.

Compensation pros spend lots of time producing spreadsheets with tons of analysis based on market data and evaluating current or prospective employees against that data.  Most of the resulting discussion tends to be about what market position we need to target to attract or retain the talent we want or need.

The articles below give us some insights into the “why” and “who:”

1)   The Washington Post recently produced a study on what they call “Super Zips”—a metric that combines earnings and education (the higher both levels are, the more “super” the zip is).

The #1 US-based company—Apple—headquartered in a Super Zip.

#4—Microsoft—Missed it by one percentage point.

Either way, there seems to be a pretty clear pattern here. I don’t know which created the other, but I do know that certain companies exponentially out-earn the rest, that education and income levels seem to be pretty linked together, that either companies go to where the talent is or the talent created the companies, and that people are getting paid.  Either way—that’s what’s driving the compensation market.

That’s why it’s going to be tough to hire from Apple. Or keep them from poaching your talent—especially if you live in Bentonville.

Editor’s Note: Kent is currently the Director of Global Compensation for Red Hat, the first billion- dollar open source company, and works out of their Raleigh, North Carolina, headquarters. Prior to Red Hat, Kent worked in a variety of (mainly technology) companies focusing on compensation, benefits and M&A. He spends most of his time taking care of his three kids and atrocious number of pets (just ask the neighbors!) with his great wife, or running off to catch live music (don’t get him started on Fishbone or The Replacement). Connect with Kent on LinkedIn or email him at ktpritch@gmail.com.

PS: Kent thinks that most compensation issues can be summarized through words spoken by a pig and written by George Orwell – “All animals are equal, but some animals are more equal than others.”