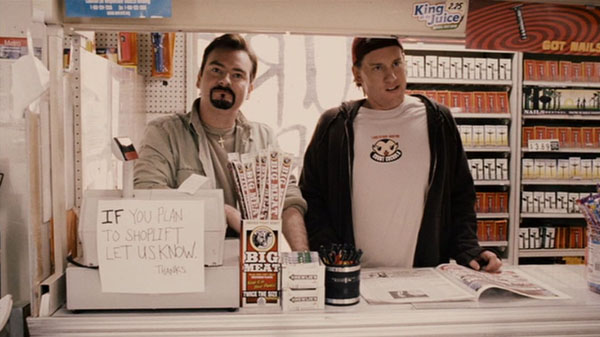 Wow.  That title is harsh.  Time to man up/woman up.

As whatever higher being you believe in knows—I’ve got my own challenges as a dad.  But there’s a couple of things I see out there in the world. And when I see them, I know your kid may end up as a 40-year old barista.  Now, my kid may end up that way as well, and that’s okay for him and for your kids—as long as it’s voluntary. 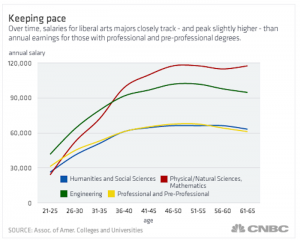 Let’s lead with this chart (–>), then get into the 5 reasons your kid is going to be a 40-year old barista:

Ready?  Here’s five ways you can tell that your kid may end up as a 40-year old barista:

1.  You aren’t pumping him up on math and science performance-enhancing experiences.  You’re going to allow your child to pick a Liberal Arts major.  And, why the chart to the right shows that it’s not as bad as originally thought, you need to get your kid into math and science.  You should be influencing Johnny with these types of charts right now.  You want to be a writer, Johnny?  Cool… get a kick-ass degree and a minor in English or Journalism.

2. You give your kids what they want—all the time.  What do they want?  A second game console?  A new pair of kicks even though they just got a pair 1 month ago?  Screw that.  They need to know that denial is the spice of life.  If you’re giving them everything, they’re never going to be hungry.  Start telling them no, or tell them to go out and drum up some business in the neighborhood… unless your neighborhood is tough, at which point they should stay inside.  But then, the 1st-world problems in this post really don’t apply to you, right?

3.  Your helicoptering ways mean they never learn how to manage up.  You helicoptering in on every situation they are involved in, either directly or indirectly.  You should be listening to what’s going on, then giving them advice on how to manage up in any situation— then have them report back to you on how it’s going. Rinse, repeat.  You doing it for them isn’t preparing them for anything.

4. Your kids are 23 or older, and you’re giving them cash flow that’s the equivalent of a low end call center job while they “get on their feet.” This means they never have to take that low-end call center job and feel how bad it sucks.  So, they never get hungry. If you’re giving a 23-year old that much cash flow—and a lot of you are—then you’re basically taking the claws out of the lion.  They’ll never really hunt on their own.  You’d be surprised how many Boomers and late Gen-Xers are bankrolling their 25-year old kids.  It continues for many into the 30s, and even the 40s.

5.  You’re not actively selling your kids on their likely reality—that they are going to an in-state, state school unless they qualify for Ivy.  Private schools—I feel you.  There are a lot of positives.  Unfortunately, unless the private school is Ivy, Vandy or Stanford, the ROI doesn’t come close to justifying the cost.  If you allow them to think that Wistera College (I made it up, but I bet the co-ed scene is awesome and they have a crew team) at 50K a year is a viable option (they’ll study Liberal Arts, by the way), you’re hosed.

Employment. You’re thinking about it as a parent for your kids.  Being a barista isn’t a bad thing.  But for all the polish on that job and the jazzy music, it’s the suburban equivalent of going to work at the plant.  New world order—I wish there were more plants.  It’s the big town equivalent of working at a convienence store, which is what small-town kids do when it all goes wrong.

The new jobs being created are low end.  The competition is going to get rougher for the real careers.  Let’s put on our helmets and get to work as parents. They’re your kids and my kids, so you know they’re going to be smart and witty.  But if we aren’t careful, they’ll be having work conversations that sound a lot like the video below—while they earn $10.00 per hour (email subscribers, click through for video from “Clerks”).