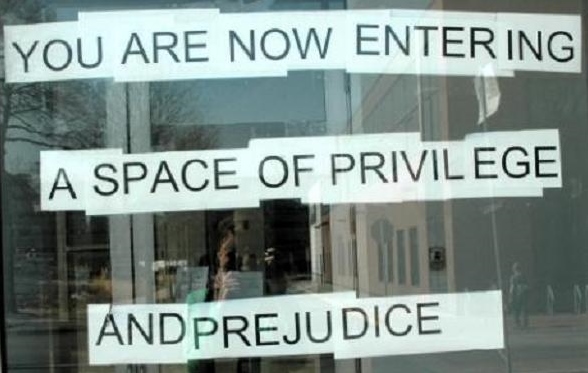 ODB stands for Online Degree Bias. It’s defined by your preference for or against online degrees. If you’re not sure… let’s check.

This is a list of 30 accredited online degree institutions:

Well, how many of the online degree brands have you heard of before? Moreover, did most—if not all—of them seem familiar?

I hope not as 10 of them were completely made up.

What seems familiar isn’t. Let that settle in for a moment. Most of you did not ferret out the fake schools because I told you they were accredited AND because they seemed real enough. Real enough?

Online Degree Bias can be seen from at least four perspectives:

If you’re a HR/recruiting pro that never attended nor completed an online degree… well, truth is… you probably really look down on people that do. If you are truly honest with yourself, you’ll never equate your 5 years earning your Bachelor of Business Administration from the Eli Broad School at Michigan State with someone that didn’t or couldn’t cut the mustard in East Lansing. Furthermore, you actually hate these Cracker Jack degrees and nothing will ever change your mind. Turns out, you’re biased.

If you’re a HR/recruiting pro that has earned BOTH an online and offline degree you are probably the least biased of the bunch. Because you’ve experienced both, you see the value in both types of experiences. You are less apt to judge candidates/employees that choose either or both. If any bias exists, it’s probably based on institution and/or grade point average.

If you’re a HR/recruiting pro that has neither an online nor an offline degree… well, why the hell are you in our profession? Please quit your job immediately. The thing is… you’re riddled with degree biases. Furthermore, I don’t trust a human being that doesn’t have the will power to complete a degree. Offline or online. Let’s face it… a bachelor’s degree is the new GED. In this day and age, there is just no credible excuse. Go earn a degree and wield your biases like everyone else.

So here’s the thing kids—ODB is real. We all suffer from it in some way or another. We’re snobs and slaves to our own experiences while being biased against those that didn’t earn their degrees the way we did, etc. Take a moment to reflect.