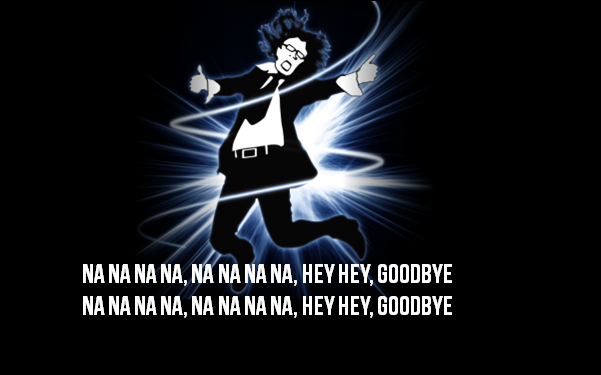 Better get used to seeing it because I’m sure every twitter chat and every blog post by every consultant in HR will have some opinion on it soon enough. I’m also guessing that each of those posts will rave about it and suggest that you follow in Zappos’ footsteps if you want your company to survive the coming armageddon of Boomer retirements, Gen X angst and/or Millennial impatience (take your pick—they all have been touted as the next problem you’ll face. Me? I’m still waiting on flying cars.)

You MUST do this to be cool, hip, now, rad, wow, etc. Everyone drink! Zappos is doing away with managers! Bandwagon loading around the corner, don’t be late.  By the way, the Kool-Aid is free.

Just to be clear—holacracy is an organization structure that seeks to replace the traditional, hierarchical organization structure with governing “circles” focused on specific work outputs—not titles or functions per se. Each circle operates autonomously and without job titles for its members. Members of circles (employees) can be part of multiple circles and can do different things depending on the focus of the specific circle.

Come to think of it, this sounds a lot like how Google + works… hmmm.

I get where this is going. I agree that organizing around work to be done and not around function or people reduces the “social friction” inherent in organizational layers and titles. It should make things easier for everyone—especially for innovation and change. Where I see some bigger problems arising is in the ability to determine performance and how the company will decide who is pulling their weight and who isn’t. They (the company) says:

Zappos and Robertson are careful to note that while a holacracy may get rid of traditional managers (those who both manage others’ work and hold the keys to their career success), there is still structure and employees’ work is still watched. Poor performers, Robertson says, stand out when they don’t have enough “roles” to fill their time, or when a group of employees charged with monitoring the company’s culture decide they’re not a good fit. (source: Washington Post)

I find the idea that a “group of employees charged with monitoring the company’s culture” deciding my worth and whether I’m doing a good job to be somewhat flawed (does the Inquisition ring any bells?).  And I wonder who will decide how many circles is enough to belong to and how much of my time should be dedicated to which circle. Seems to me that there are a lot more cooks—and a lot more kitchens—so color me quizzical when it comes to seeing how this will work.

But there is evidence that it will work.  The Gore company (of Goretex fame) has been “managerless” since its inception in 1958. They call it “team-based, flat-lattice organization” with no traditional org charts or chains of command. It’s worked for them for almost 70 years. Other examples of non-traditional, hierarchy-free companies include 37Signals, GitHub, and Valve Corporation. Each of these have very flat—almost hierarchy-free—structures and they get the job done. So, it can work.

What I am saying is this:  Ideas like holacracy are great fodder for webinars, SHRM concurrent sessions with strategic credit, whitepapers and blog posts.  They are not, however, for mass consumption.

And that is okay.

We need to take a step back and understand that companies like the ones mentioned here—Zappos included—are outliers. They occupy that very narrow band at the very edge of the business world. They are leading edge, bleeding edge, gushing edge if you will.  They are and will always be (until the next Zappos comes along) the cool kids. There will always be that table of companies in the middle of the cafeteria that do things differently and do the things we wish we could do. But we can’t.

We can’t because we’re part of the mainstream. We have 99 problems. They don’t. We have an embedded cultural bias toward organizational bureaucracy and hierarchy—they don’t. We have very traditional systems and thinking. We have a history, culture, and people that will never allow such wholesale change to take root—from day one, they have a culture built on diversity and weaned on change… and they embrace it.

You can wish to be Zappos or GitHub or Goreall you want . It won’t happen. Outliers are outliers for a reason.

They are, however, the stars we set our course by in order to move forward. They are the trailblazers. They allow us to see what is possible (but not always probable). They provide us with ideas and with options. They give us permission to try new things.

What they don’t do is create the new normal overnight.

So go to bed tonight worry-free. You won’t be getting rid of your managers anytime soon. You might have more discussions on how you can reduce reliance on hierarchy and have a few more autonomous projects and experiments in your organization. And those are good things. But don’t beat yourself up too much, and don’t jump into the boat with the next guru who suggests you dismantle your organization.

I’d bet everything that you’ll have a managerless office the same day I place my order for a flying car.