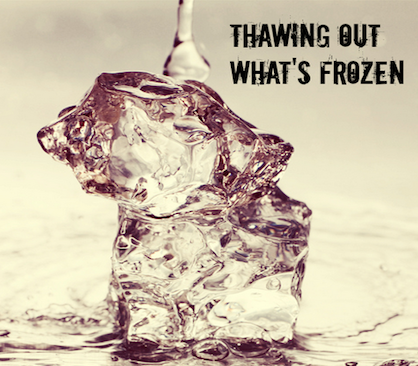 Okay, the brain thaw is almost complete! What random thoughts do you have?