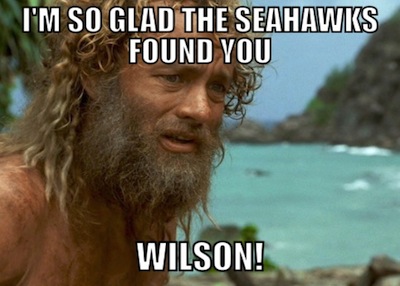 Last week, I sent an email to my FOT colleagues asking for a post swap.  I wanted the opportunity to post the day after my Seahawks played in the Superbowl!  I should confess, however, if they had lost, I have no clue what I would have written about.

But, they didn’t lose!  In fact, they so didn’t lose that I was actually relieved when Denver scored that touchdown because I was really starting to feel bad for them!  And, now the Seattle Seahawks are the Champions!  They are bringing the Lombardi trophy home to Seattle and the 12th Man! I couldn’t be more excited!  I mean… I am so excited that I have used an exclamation point in every sentence of this paragraph!

The Seahawks have built a great football organization. But, the team has a culture that has helped them get where they are now.  Besides play great football, the Hawks have put into place practices that have propelled them to champion status.  These practices can even work in your organization (bet you didn’t see that coming)!  Here are some of my favorites:

Right about now, you may be saying, “Jason… you’re clearly only writing this post because you want to talk about the Seahawks and how they are Superbowl champions.”  To you I say this:

My team just won the Superbowl!  And we will likely be just as good next year.  Maybe my next post will be about building a dynasty!