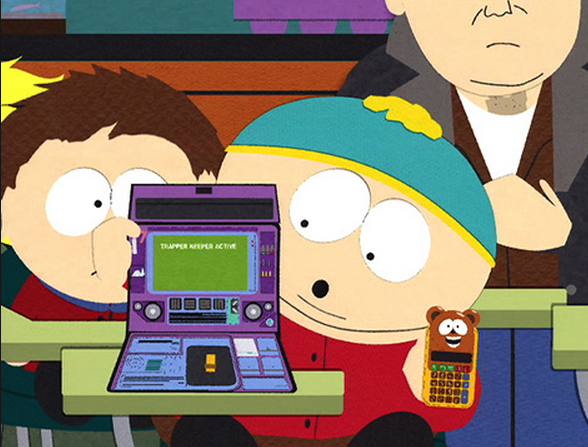 Here’s the call to action: I’d like for you to do four things for me next week: (1) throw out your plan for the week, (2) stop preparing for meetings, (3) purposely procrastinate and (4) ad-lib all your meetings.

You and your Trapper Keeper mindset. Your closely held conventions hold you back—the routines that you’ve invested in and love. You put far too much emphasis on planning and preparation. You think business… ahem office politics… ahem office culture can be gamed. It can’t. Everyone around you knows of your fraudulent disingenuousness.

I’m here to tell you… you’re not a robot. And, truthfully, planning and preparation suck the life out of life.

So here’s what to do and why…

Okay. Your Sunday night/Monday morning plan is bullshit. It’s a crutch. Toss it out. You’ll feel better. Trust me. Oh, and that never-ending to-do list… yeah, that shit is so 1989. Toss it. If something is meant to be done, do it. If not, then it won’t be done. Turns out, business is that easy.

You know, the meeting before the meeting. Where you plan out how everything will go. It never plays out the way you prepare for it… does it? Of course it doesn’t. Meeting prep is another useless crutch. Worse than that… you’re not developing your improvisational skills. Truth is… you can’t think on your feet and you’re generally terrified that someone with power and authority asks you what you think. Ironic… you want to be heard but you want to plan the whole speech. Yeah, it doesn’t work like that. Let preparation go—it’s holding you back.

I mean… not the last minute crap we all deal with. I mean… where you know the deadline of something major, and purposely wait until the last minute to tackle it. I know what I’m asking is nine degrees of awkward but trust me… you’ll be amazed at what you come up with. When the “gun” is placed at your head, you can be quite awesome. Another benefit is that you’ll learn to be completely in the moment. Kinda/sorta, focus on steroids. It’s time for you to fly by the seat of your pants. One bit of caution though… you might get addicted to that adrenaline rush. So, beware.

This works in tandem with the other three, btw. It’s time for you to lose the script. Actually burn the script. While you’re shedding things… stop bringing Office Depot to your meetings. Ditch the devices (laptop, tablets, phones, beepers), binders, notepads, pens and all that other useless shit you drag to your business encounters… ahem… meetings. What you do need to bring is your authentic self, your mind, your experiences and your mouth. Bring that $h!t and nothing else. Stop hiding behind all that crapola. Show up… listen, react, discuss, debate and get on with it. You don’t need accessories to have great conversations. And truth is, that’s what most people want at work… decent conversations, decent interactions. I know it will be painfully awkward. Kinda naked, kinda vulnerable. I get that… do it anyhow.

Your work week has become a comfortable pair of shoes. If you never want to be better, then don’t change a thing. If you do, then be bold and challenge all of your (work) habits. IMHO, the stuff you think makes you better actually holds you back. Ditch the routine.