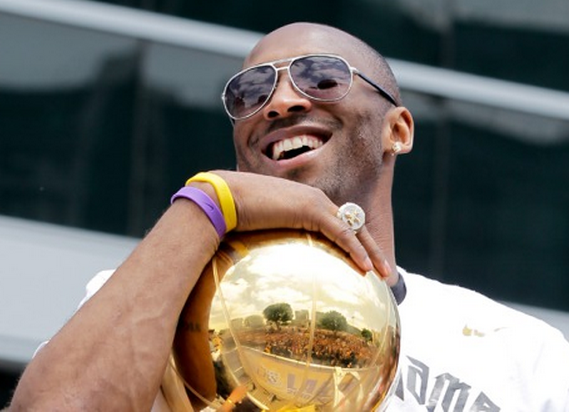 If you follow professional sports, you probably know by now that Kobe Bryant returned to the NBA in December, played six games, and has been back out with injuries since then.  Bryant hasn’t really made any substantial on-court contributions to his team—the Lakers—since tearing his Achilles tendon last April (while my game is not quite as high-flying/scoring-centric as Kobe’s, this is the injury I live in fear of).  It was good to see him back on the court for those few games as he is one of the best players ever in the NBA and a key part of the Lakers team—though I hope he loses every time it matters (sorry, I’m more of a LeBron guy myself).

But… he’s 35, coming off major surgery and arguably playing one of the most athletically demanding positions on the court, so his return will likely be a bit of an uphill climb.  Even with his age and returning from injury, his team, the Lakers, just signed him to a two-year $48.5M contract extension (let that dollar figure sink in for a minute.  Say it in your best Dr. Evil voice… yup, 48.5 of those. Note the smile on Bryant’s face in the picture).  Bryant’s contract makes him the highest paid player in the league and places him under contract until he’s 37.  In case you’re wondering, there aren’t a ton of NBA players in their upper 30s—much less those who are coming off an injury as significant as Bryant’s.

But moving on from the amount of money—did the Lakers’ make a good compensation decision based on Bryant’s likely future on-court contributions (remember—old by NBA standards and coming off major surgery)? Will Bryant lead the league in scoring and the Lakers to an NBA title that justifies his position as the highest paid player in the league?

Probably not… (pausing to allow the Kobe fans reading this to mumble under their breath at me… you know who you are).

But did the Lakers make a good business decision?  Probably so.

Bryant is one of the most popular current players and has developed himself into a worldwide brand (Oh, want to know what a brand is worth? Michael Jordan—retired for a decade now—made $90M last year from his brand…  it’s worth a little something).  So, having him on the team benefits the Lakers’ organization through ticket sales, jersey sales and team stature—over and above Bryant’s on-court contributions.  This same scenario happens all the time in business. Sometimes we pay for performance and expect an equitable return, and sometimes we pay because of who that person is and what they represent in the industry.

Comp pros often talk about “the science and art” of compensation.  The science is pretty straightforward and is generally based on market data.  The art is where you apply your business and industry knowledge to make a recommendation that represents, not only the market, but also takes into consideration other factors: who the individual is, what they have done, and what they represent (did they invent something or are they recognized as an industry expert, for example).

As a case in point, an employee at one of my former employers literally wrote the book on the core technology that drove our industry for many years.  Needless to say, we didn’t want him to leave our company and work anywhere else.  His compensation needed to take into account his importance in the industry, as well as his on-going contributions—just like the Lakers are doing for Kobe.

What does all this mean for you?  If you want to be seen by your organization as offering creditable input on compensation decisions, then you need to take into account both the data and the business.  If you want to be included in compensation decisions at your company, be sure to bring to the table factors not necessarily captured in market data when making your recommendations.

Live in the science of compensation, just don’t be afraid to be artistic and draw outside of the lines when it matters.

Editor’s Note: Kent is currently the Director of Global Compensation for Red Hat, the first billion- dollar open source company, and works out of their Raleigh, North Carolina, headquarters. Prior to Red Hat, Kent worked in a variety of (mainly technology) companies focusing on compensation, benefits and M&A. He spends most of his time taking care of his three kids and atrocious number of pets (just ask the neighbors!) with his great wife, or running off to catch live music (don’t get him started on Fishbone or The Replacement). Connect with Kent on LinkedIn or email him at ktpritch@gmail.com.

PS: Kent thinks that most compensation issues can be summarized through words spoken by a pig and written by George Orwell – “All animals are equal, but some animals are more equal than others.”