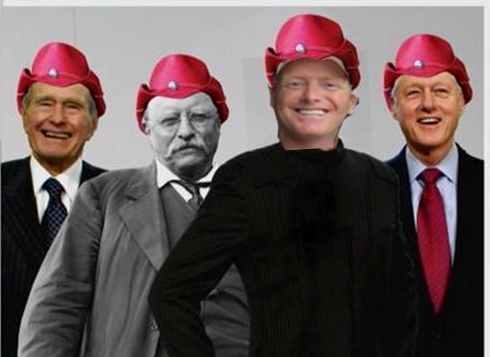 So, I’m guessing many of you know about LinkedIn’s Influencers.  These are usually folks like: Richard Branson, Bill Gates, Jack Welch, Deepak Chopra, Barack Obama, Jeff Weiner (LinkedIn’s CEO), etc. They’re really well-known folks who write blog posts for LinkedIn and then get highly read and shared across that platform. Truth be told, I doubt the real big names do any writing at all.  The people who actually write are the folks like Uncle Lou Adler and those lower on down the line in their level of actual influence. Anyway, it all started out with about 150 individuals, and recently LinkedIn decided to give another 25,000 a try with their publishing platform.  These new 25,000 aren’t actually considered “INfluencers” like the original 150, but it gives 25,000 new voices to LI’s content strategy.

One other thing. They let me in!

Yep, this FOT’er is getting a shot at posting content in LinkedIn to see what this thing is all about. I didn’t really think much about it. I mean, I didn’t think anything much different would happen. I’ve been blogging for about 5 years.  You hit some home runs with a few posts, once in a while, but most days you’re just happy to see a few hundred other HR and Talent Pros stop by and read what you’ve wrote.  This being my mindset, I wasn’t doing much thinking when I dropped my first LinkedIn Influencer post last week.  In fact, I just took a post I had already written and had actually ran in 4 other places prior.  It was good, but I had assumed it was also mostly played out.

My post was the 11 Rules for Hugging at Work.  FOT had actually run it previously—it originally ran over at my personal blog The Tim Sackett Project (Thanks Kris Dunn for the name), TLNT ran a version of it and Ragan Communications also picked it up.  It always got good comments and was well-read… like a 1000 views and a handful of comments read.  What happened at LinkedIn was slightly above that.  In the first 24 hours the post got 180,000+ views and 1000+ comments.  To put this into perspective, in 24 hours this number was larger than my entire blog for a year!  Needless to say, it went viral.

Here are my learnings from LinkedIn’s new publishing platform:

1. I way underestimated the power of LinkedIn’s network to push content!

3. LinkedIn’s network can bring out some creepers!  I should have expected it; I wrote an article about hugging, but oh boy, some of the comments were “real” creepy!

4. LinkedIn’s CEO tweeted out he laughed out loud (LOL) at the post.  That was retweeted like 1000 times.  Having a major “Influencer” like your stuff gives your stuff some real legs!

Crazy, awesome experience to have so many people like something you wrote.  Makes you want to hit a home run like that every time out.  The reality is, they all aren’t. I’ve posted 3 other posts on LinkedIn since and all have done well.  A few thousand views, handful of comments, solid.  Not 180K solid.  Next time, I’ll be ready for the show, much better than the first time!