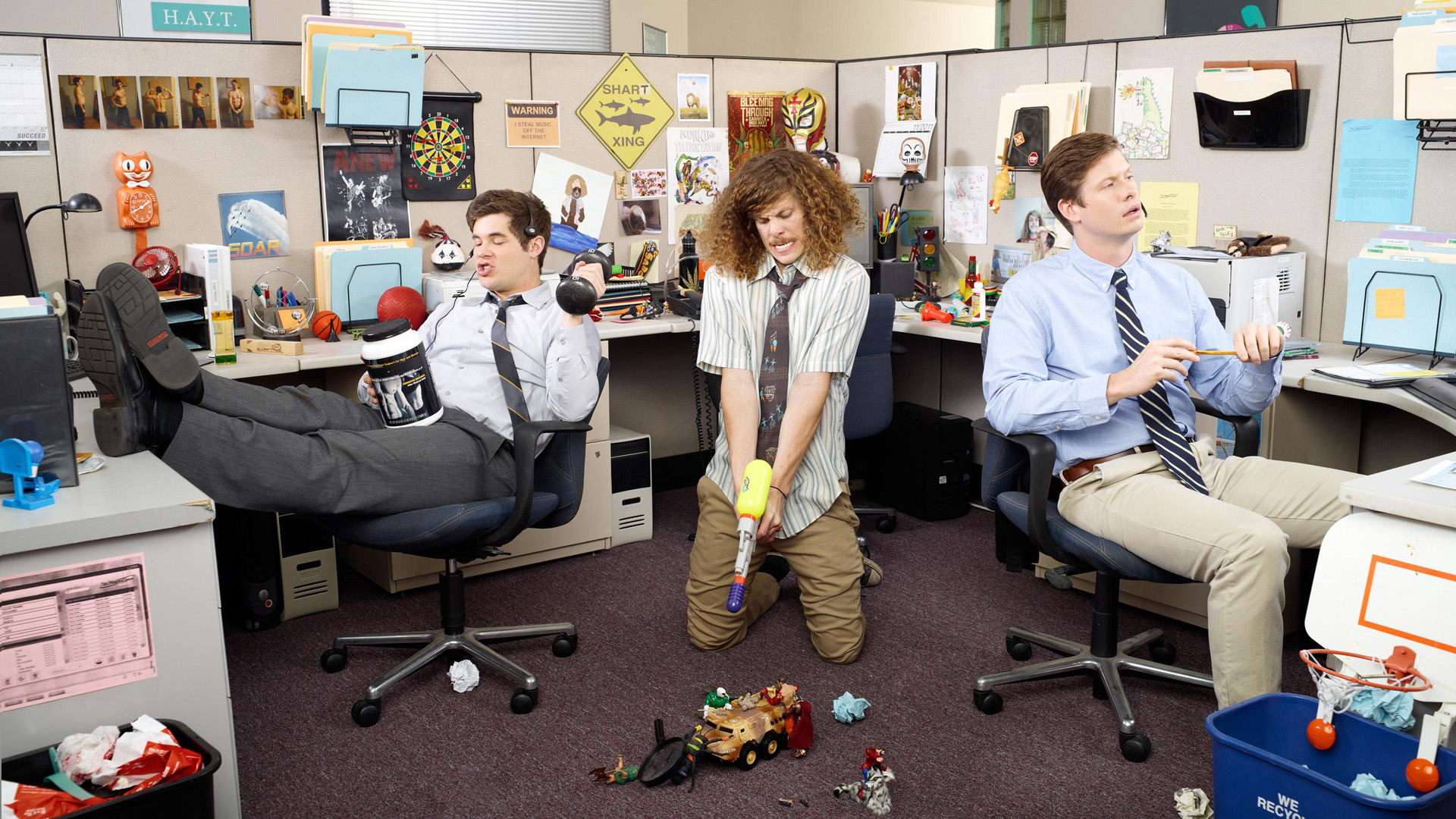 I have listened to many smart and sensible people debate the merits and drawbacks of open office plans.

Do you work in an open office environment? Do you feel hostile and helpless?  You have my sympathy. Cubicles and open offices are the worst; however, there are two real reasons why you are sitting in a corporate playpen with 50 other people and no walls.

Many CEOs, owners and entrepreneurs feel that an “open office” can reduce overhead expenses and create beautiful work environments on a relatively small budget. When margins are tight and executive pay is more important than investing back into the workforce, it’s easier to install moveable furniture and create quiet zones than it is to create walled-off environments.

And while an office with a door seems sensible for many jobs, your local HR lady knows that a door is dangerous for business. You deserve privacy and dignity, but I cannot tell you how many times I have opened a door and found someone doing something totally inappropriate.

Actually, I can tell you.

Back in 1996, I encountered my first employee watching an adult movie on his computer. Most of us only had AOL dial-up at home, so while I was horrified, I was also impressed. This pervert was an early adopter of high-speed internet access at work!

(Our local HR team worked with facilities management to invoke a sense of fear and shame in our colleagues. The office plans were reconfigured to make sure the computer screen always faced the door.)

And back in the day—while working in a small office with a window that faced a pathetic smoker’s courtyard—I looked up and saw two of my colleagues making out. The office door was closed, but the blinds were open just enough to scare the hell out of me. I finally ran over there when I saw my colleague’s pasty white ass. I wasn’t sure what to do, so I knocked on the door and whispered, “Please get dressed.” They later thanked me for being so cool. I had to wash my eyes with bleach.

(And those are just the stories that make it past the censors here at FistfulofTalent.com®. I’ve seen worse.)

I truly value your right to privacy, but offices are more trouble than they are worth. So while I hate open office floor plans, I understand the logic and the merit of creating a space where people are present, visible, and somewhat responsible for their behaviors.

But in my experience, most of you should be working from home—where you can be as smelly, as skanky, or as naked as you want to be—and not sitting in some boring office. So don’t fight the battle over an office. Fight the battle to be evaluated on your goals and accomplishments.