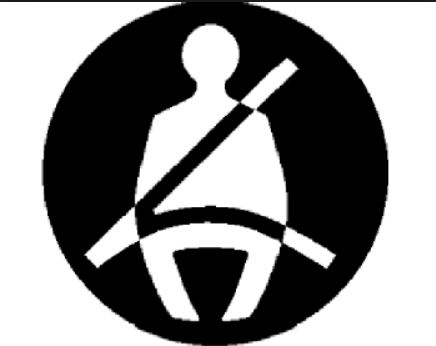 It was on a country Texas road (we call them FMs as in Farm-to-Market), and it was dark outside. Me and my cronies were the only people that witnessed the carnage. The Camaro was heading towards us. It hit a ditch on the right hand side then crossed traffic and hit the other ditch, flipped in the air and rolled 10-12 times until it rested upright.

As we walked towards the car, the lights were on, the radio was blaring and the roof was completely flattened. If someone was in the car, they were most likely dead or headless. The driver’s door was open and viola… no one was in the car. I reached in, turned off the engine and turned down Bon Jovi.

I was with a crew of guys. Dastardly bunch of heathens. Living in a dry county in Texas… we were making our pilgrimage to a wet county (county where it is permitted to sell beer, wine and hard liquor). We walked around the car a few times, perplexed by what was happening and all of a sudden an older man appeared out of nowhere. He was wearing a suit–the tie was purposely loosened and his shirt was untucked. He had a rocks glass in one hand… and I swear it still had ice in it.

He told us “I lost control and jumped out after the first ditch.” Jumped out, I thought, he just said, “Screw it, I’m outta here, grabbed his Seven & 7 and bailed.” I automatically envied him… his swagger and boldness. Wreck the car, save the drink.

He asked us not to call the police. He’d take care of the matter. It was a personal matter of course. He gave us some money for our troubles. We packed back in the truck and took off for Lake Dallas (closest liquor store that would sell to underage hooligans). The extra cash funded an unreasonable amount of MD 20/20. Fights were fought, buildings were vandalized and skirts were lifted that weekend.

Well, that weekend and every other weekend of my formative years. Welcome to Texas, y’all.

Back to the story at hand…

That car accident has remained in the forefront of my mind for the last 30 years. In fact, I don’t normally wear a seat belt because of that event. For some reason, I get the sense of claustrophobia with a belt across my chest. It itches my entire chest area and my breathing intensifies. I know it’s all in my mind. The anxiety brought on by wearing a strap. And I know I should be smarter and safer.

For most people wearing a safety belt, it’s damn near an involuntary action. Not for me. Nothing is easy with me. My mind can’t turn off that memory. I constantly think about that guy who thwarted destiny by NOT having a belt on. It’s like the belt equals less options or something. When I wear a seat belt, I think about the seat belt. More to the point, my thinking is off when I wear a safety belt. In some ways, I feel safer so I let my mind drift a bit… which is completely dangerous. I’ll start to day dream while driving 90 miles an hour. No bueno.

Here’s what I do know: When I don’t wear a seat belt I’m more in the moment. More aware. I’m a professional defensive driver. I know where everyone is and how to drive safety. I know it sounds ridiculous, but I’m a better driver without a seat belt than with one. Weird, right? Dumb, right?

It’s common sense to wear safety belts. It’s also the law. I get all of that. But it doesn’t freaking work for me. To date, I’ve never been involved in an accident, nor have I been ticketed for not wearing my seat belt. Most of you reading this article think that I’m an idiot. I get that. The math doesn’t quite add up. Odds favor those that consistently wear safety belts versus those that don’t. I know that. And, I know you’re right. I want to be in the moment while also being safe. To date, I haven’t figured out a great recipe for both.

What does this have to do with HR? Well, that’s up to you.

As an HR leader, what do you do that is contrary to popular thought/opinion and what justifications do you make? The story above is odd but true. If you’re reading FOT, you’re a freak like me… so come clean with your freaky deaky.