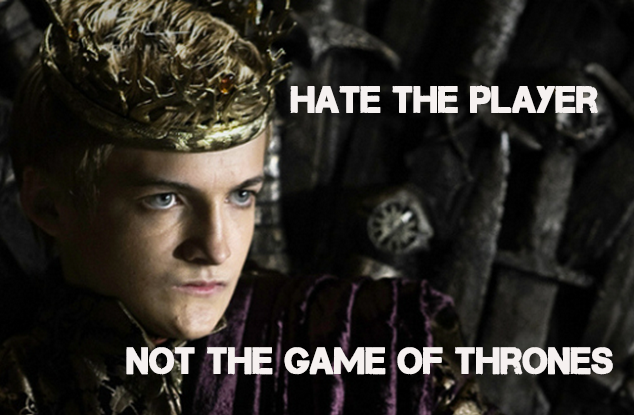 Here’s one reality that bears remembering as we walk our path in today’s workplace: Being a bit disruptive is interesting.  Being extreme, especially most/all the time, is a death wish.

Case in point–let’s look at Lincoln and Game of Thrones for fodder.

I’m reading Team of Rivals in all my spare time, which illustrates the rise of Abraham Lincoln to the presidency in 1860.  Most people would be surprised to know that at the time he was elected president, Lincoln had not held any significant office–governor, US representative, US senator, etc.  He rose in part due to his work ethic and oratory skill, but equally responsible for his rise was the fact that he refused to take positions on a variety of issues.

Why did he stay neutral or moderate?  Because to become extreme on any issue would make him less electable.  When the three primary rivals for the Republican nomination became unelectable due to their past extreme views, there was honest Abe–everyone’s second choice, but repulsive to no one.  He was the backup candidate on everyone’s ballot.  Deals got cut; the USA got a tall, skinny guy as the president; and that moderate led us through some BIG change.

Extreme views limit your career.  Be interesting, but not divisive.  I think that must have been a t-shirt that Lincoln had in his satchel.

Need more proof?  Let’s take a look at Game of Thrones.  For those of you out of the loop, Game of Thrones is a knights-and-dragons type of series on HBO.  It’s all about a variety of people trying to gain power and rule a kingdom.

Game of Thrones has three important messages that underscore what happens in real life in backstabbing, power-hungry, corporate America:

1. Nice guys finish last – The two closest things to heroes that have existed in the Game of Thrones series have both been savagely murdered–Ned and Robb Stark.  They had the moral high ground, and that was their platform.  As such, they became threats to those that didn’t have the moral high ground, so they got “downsized”.

2. The most evil have to be dealt with – In a timing surprise, the reigning king (Joffrey) in the Game of Thrones franchise got poisoned and croaked this last week.  He was a complete and utter prick.  So he got “fired” after years of acting like an a##hole.

3.  Moderates rarely have the visibility that leaders do at the extreme, but they are always more electable and promotable than the ultra-extreme leaders that are sucking up all the oxygen.

Extreme leaders are dynamic and create followings–at least the positive ones do, right?

But extreme leaders also create enemies.  It’s why you see politicians who have been extreme in the past try to moderate their stances on a variety of issues.  But the mob around them is rarely fooled.

Lincoln understood this and refused to carve out a stance on many important issues.  Because of his moderate profile, he not only won a improbable nomination, but messed around and got a triple-double, winning the presidency in 1960.  The rest, as they say, is history.

Who will be the next king on Game of Thrones? It might be someone extreme, but if it is, there’s one guarantee–they won’t last.

Extreme leaders never do.  Be interesting, but not divisive.