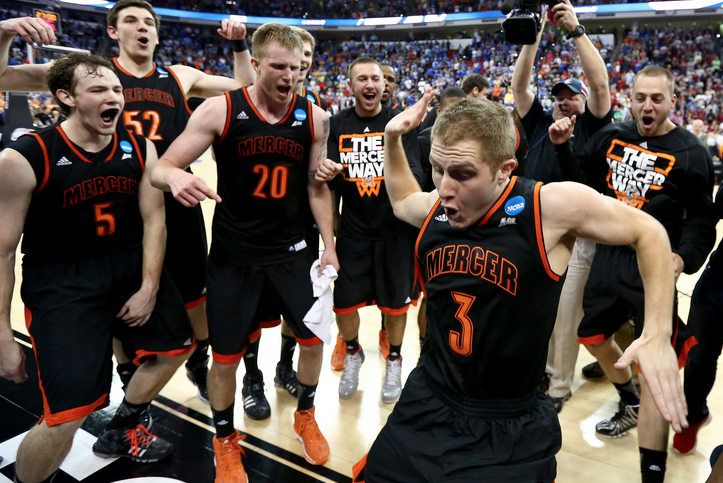 I look forward to the NCAA Tournament and March Madness every year. Who doesn’t?  The close games, upsets, excitement, Cinderella stories and just good basketball.  Okay, with the exception of my wife, who by now has realized that two minutes left in the game really means 30.

I diligently completed my bracket picks and anxiously waited for the opening rounds, just to realize that my brackets were busted early on in the tournament.  That’s why it is March Madness–anything can happen… what was predictable is now unpredictable.  Who ever thought #14 seed Mercer would oust #3 Duke in the first round?  I did have UCONN in my Final Four, so there was some sense of victory for me in all of this.

Learning & Development also has its own version of March Madness every year.  We enter each year with a new budget and high hopes for implementing new Talent programs throughout the course of the year.  Then the Q1 results start to come in… revenue is slightly off and cost concerns start to creep back in–time to re-forecast the year.  Those nice, shiny new programs start to drop just like the top seeds in the tournament.  Now we know how Duke felt!

By the middle of April, we are all resorting to athletic tape and sports balm to hold together what’s left of the planned L&D budget and programs for the year.  Now we catch ourselves mumbling “This is complete madness,” as we give up hope and think, “Oh well, perhaps next year.”

This year was no different for L&D, and March Madness produced another number of significant upsets.  The following are some of the top seeds to leave the Tournament early:

#3 seed: Competency & Skill-based Curriculum lost to – I’m sure we have enough to get by without it.

#2 seed: Executive Leadership development program lost to – they made it this far so they must be good leaders.

#4 seed: Mentoring/Coaching Program lost to – we downsized and lost half the mentors.

#1 seed: High Potential and Succession Program lost to – they love us and would never leave to go to a competitor.

However, there is one Cinderella story to talk about.  A highly innovative, creative approach to developing a culture of self-directed learning beats the annual shrinking L&D budget.  I’m amazed this time every year to hear Learning Leaders take on the role of the victim and say “There is not much I can do because of lack of funding.”  Really?  So you had no idea that budgets would tighten up as the year progressed?

March Madness comes every year, so the best thing we can do as leaders in Talent & Learning is prepare for the upsets well in advance.  I could go on and on about why organizations should invest in talent, and some CEOs get it and will support it.  However, they are the exception and not the norm. We can do our part by empowering employees to take ownership of their personal and professional development.  Leverage internal talent and resources to build programs, and–through innovation and creativity–develop, attract and retain your talent.

So, you may have lost your top bracket picks but that doesn’t mean you lost the tournament.  Your Cinderella story of Learning will make it to the final and be crowned champion.

As current Vice President & Chief Learning Officer for Deltek, Dan Carusi doesn’t know which he likes more – teaching or learning.  A father of two, Scout leader and coach, Dan is often learning as much from the kids as they are learning from him (or possibly more).  With more than 20 years of experience, Dan is responsible for overseeing Deltek University and the Talent & Learning organization, where he oversees all aspects of talent management, curriculum development, operations & delivery, global employee & customer education and Human Capital consulting – often using what he learns from the kids as tools for teaching, with the end goal of making life-long learners out of everyone.  Teach Dan something at “email”, LinkedIn or @DanielCarusi.