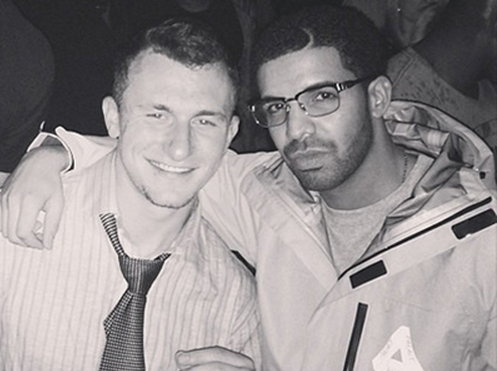 Johnny “Football” Manziel just experienced the toughest interview process of his life: the NFL Draft.  After much hype about being picked #1—or at the very least going in the top 10—Johnny waited, and waited and waited.

It was painful and yet, predictable.

When Cleveland finally grabbed him at the #22 slot you could sense the collective relief… and realization he screwed up.

I sat watching and thinking of the tough lessons he was (hopefully) learning. Time will tell but in the meantime, here are three takeaways:

1. Stats Don’t Always Measure Success. Johnny’s 7,820 passing yards, 63 TD passes, 2,169 rushing yards and 30 rushing touchdowns didn’t mean squat in this interview.  In other words, his past performance mattered less to the NFL than their view on what makes a productive and bankable professional quarterback.  His height (5’11”), weight (207 lbs) and unpredictable persona meant a 6’5,” 235 lb quarterback went waaaay ahead of him. Future capability and image meant more in this interview process.

As HR pros, should we also just check a box when it comes to past performance and instead put more emphasis on future capability?

2. Social Media Can Be a Bitch. “I don’t know a lot of people who trust him as a player or a person,” said a scout. Twitter blew up with #BeforeManzielGetsDrafted and #SadManziel as he was passed over and over. Social media, once so cool to Johnny, was now so cruel.

Unfortunately he brought most of it on himself.  From the money fingers, pics with bestie Drake and ugly allegations, he provided fodder for the media.

Hiring managers and recruiters pay attention to social media. It can be a beautiful blessing or a beastly bitch; so use it for good!

3. Humbleness Trumps Arrogance. Johnny may be in the process of learning this one.  All the talk, hype, media drama, parties with famous friends and attitude doesn’t play well when you’re trying to secure your future.

Perhaps The Cowboys passed on Manziel because they didn’t want a quarterback controversy. Perhaps. Even if Jerry Jones says he didn’t have the ultimate call (umm, right), the fact that the marketing master passed on THAT kind of PR implies there’s a bigger concern than who gets playing time.

Those who are too sure of themselves rarely make productive hires.

Watching the train wreck unfold (as an Aggie) was tough. It sucked, in fact. I do believe he’s an amazing player on the field and has a side people haven’t seen or chosen not to focus on off the field. Case in point, Charlie Dina and his parents were at the NFL Draft.

Football aside, think about these three tough lessons as you look to hire new teammates. Future capability, a productive presence on social media and an unassuming attitude could make for an incredible hire. I hope Johnny thinks so, as well.