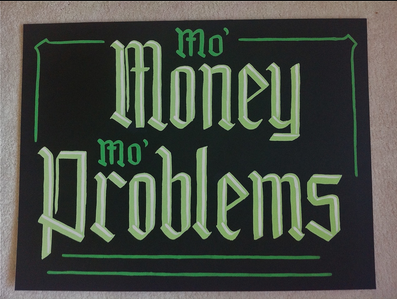 Hank Jackson is a CPA.

Prior to being CEO of SHRM, Mr. Jackson served as the Global Finance Officer. Before joining SHRM, he was the EVP/CFO for Howard University; before that, a public accountant. Let’s just say the man knows his way around a spreadsheet.

Hank, as I mentioned, is a CPA.

So with that in mind, consider again the recent news regarding SHRM’s intended foray into the certification game.

It’s all about the Benjamins, bro.

A brief history of the current HR governing bodies can be seen here… short story, the AAI (American Accreditation Institute, now known as HRCI) was established in 1975 to act as the certification arm for the Human Resources Book of Knowledge (BOK). Consciously created as a separate entity from SHRM (at that time ASPA) to create a check & balance, the BOK remained largely unchanged for 30 years, receiving a makeover in 2010 to reflect a more strategic Human Resources role.

$HRM is developing a new HR Certification program based on the competencies required to be an “effective” HR professional—this competency model has been 3 years in the making. SHRM will soon offer a certification exam that assesses both competencies and HR knowledge.

You know, there’s long been some debate about the value of the PHR and SPHR certifications; same debate that exists about the value of a college degree. The gist of the argument is this: “Does a certification make you any more/less of an HR professional?” Personally, I fall on the side of “no,” but it doesn’t make the accomplishment any less for those who choose to do so. You know why? Because we have established the fact that completing a degree (or PHR/SPHR/GPHR) has value.

Kinda like the CPA certification, Mr. Jackson. My guess is your hard-earned designation would have less luster if it was delivered by KPMG rather than the AICPA.

So please, spare me the spin about the critical need for a “competency-based certification.” Reminds me of clients I work with deciding what they really need is a new set of “corporate values.” It’s the kind of thing people do when they want to tell other people how to do things. This is a money grab—how else to explain an organization (SHRM) already under scrutiny for a lack of transparency deciding to remove the relevance of its independent certifying body?

I’ll suggest to Mr. Jackson what I suggest to my clients: If you want to establish corporate values, start living them. So, statements like this don’t impress me: “This is not a new pursuit for us… Our global research findings, which included outreach to major corporations, universities and over 30,000 members of the profession, are clear—in addition to technical knowledge, a successful HR career will also be determined by behavioral competencies.”

Sounds a lot like “the executive team just spent 3 very demanding weeks in St. Croix creating this new word cloud. Everyone will receive a new t-shirt, lanyard, and laminated card with our new catchy acronym.” Thpppppppppt.

This is a money grab, plain and simple. Remember, as I may have noted earlier…

Mr. Jackson is a CPA.