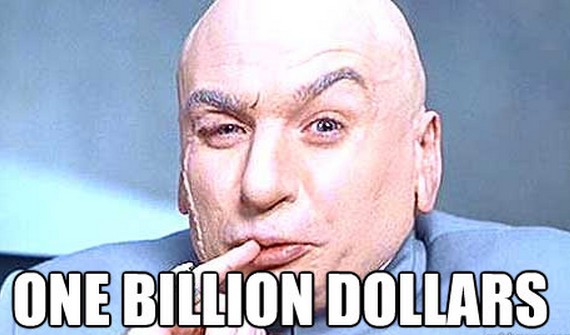 In case you missed it, LinkedIn announced last week that beginning June 2, it will offer hundreds of thousands of jobs aggregated from the career sites and the ATSs of U.S. employers who don’t prohibit it. These listings will supplement a nearly similar number of listings employers pay for, but they’ll be made available only to LinkedIn members who actively search for them.

LinkedIn is calling the program “Limited Listings,” and the thought is that these aggregated jobs will be cleaned of an employer’s paid listings to avoid duplication. What’s different between this new program and LinkedIn’s paid Job Slots is that it’s focused on the difference between active and passive seekers.

The paid program places job posts before suitable (matching) candidates and delivers job suggestions to specific types of candidates based on their profiles. Limited listings will only be delivered to LinkedIn members actively searching for jobs on the site.

Here are the most important things to know, both as a recruiter/HR pro and as a business person:

1. LinkedIn is trying to kill Indeed (or at least maim them) before they’re too strong.  The main categories for companies to make money in the job posting space are job postings, resume databases and aggregation.  LinkedIn owns the database.  Monster and CareerBuilder used to own postings, until Indeed came along, scraped all the jobs, called it aggregation and changed how people buy postings.  We buy preferred listings instead of postings now, but you can’t run that model unless you aggregate all the jobs.

PS : Monster did an announcement about a month before LinkedIn that they intended to get into aggregation.  I’m not sure it even caused Indeed to look up from the cash machine.  LinkedIn is different, and you can bet they have Indeed’s attention.  The difference? Monster used to own postings, but now doesn’t dominate any of the three big categories (postings, aggregation and database).  LinkedIn owns the database, and if they choose to point that gun the right way, they can do damage with the right aggregation strategy.

Two things come to mind.  Dr. Evil and We Are the World. (Email subscribers, click through for videos.)

The moral of those two video clips?  First up, Dr.Evil.  I’m assuming at some point that some product person at LinkedIn had a plan for aggregation. Then they went into a meeting and making money off aggregation wasn’t enough.  It ended up being a “We are the world” moment—the type that brings together Willie Nelson and Lionel Richie for the kids.  Think bigger, product person.

What it really means is this: If it’s about the Economic Graph and not about the money, I believe that.  Why make $5 when you can make a billion later?  They’ve got the cash to go after the whole thing, and let’s face it, if you have every job on the planet, you’re probably going to have some opportunity to make money down the road.

I like where they are going with the Economic Graph—it’s big, baby.  Kind of like if I said I have a goal to “own all of the water sources on earth.”  The money takes care of itself.

3.  Want Your Jobs In?  We’ll Get Back to You.  Most of you are wondering how you get your jobs into the aggregation engine.  This is the worst part of how LinkedIn rolls things out—you can’t.  They’ve got a pilot going with this, and they choose who’s involved.  You can’t request to be in.  My gut tells me that small- and medium-sized businesses aren’t included.  My other gut tells me that the only SMB companies who are included are heavy LinkedIn customers.

This is the dark side of LinkedIn.  It’s their sandbox, so they make the rules. Proceed with caution.  One of the down sides of a single company establishing a graph with all jobs across the world is they can define who’s relevant.

4.  LinkedIn already has the equivalent of Indeed sponsored jobs—they’re called job slots.  Think about the Indeed model. They aggregate everything, then you pay on a pay-per-click basis via sponsored jobs that get you preferred placement in the aggregation.  LinkedIn already has preferred listings—the job slots you pay for on an a-la-carte basis or the slots you get as part of the recruiter package.  They only thing they’re missing is deep aggregation, and I’d suspect the model of what’s preferred, what’s not, and what you can pay for will change in the years to come based on maximizing monetization.  That’s the way I’d do it, and so would you.

I like what LinkedIn is doing here, I just wish their model was more open.  While the Economic Graph has a “We Are The World” feel, I’ll wait to see if they open full aggregation up and how they tweak the complete model from a monetization perspective before I start singing along.