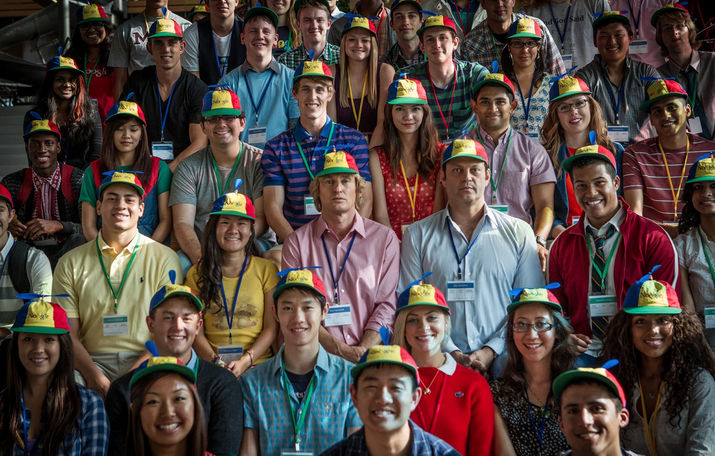 It’s summertime!  That means it’s time for college students around the country to decide if they are going to take that class trip to Mazatlán or head out into the real world to find themselves a summer internship.

Our intern program is currently underway.  My company has a tremendous intern program that teaches while giving highly valuable practical experience.  We also work pretty hard to make sure they have a good time while they’re here.

Interns are amazing!  And, it’s not just because they’re all cute and remind me of a much younger version of myself who made wiser choices and majored in Computer Science instead of beer pong.  Not that I did that.  Gonzaga didn’t have a school of beer pong.  I think Arizona State does, though.

Interns are amazing for many other reasons.  Let’s examine some:

2) They are unspoiled.  Interns haven’t yet been tainted by the politics and ladder climbing of the working world.  They are coming in with a dream and with goals.  They don’t (yet) care that their next promotion will only happen if they show up to their boss’s kid’s birthday party.

3) They are receptive.  Most interns know that they still have a lot to learn.  They are open to feedback from their elders.  Their minds are open and ready to learn from those that came before them.

4) They’re passionate.  They are still young.  Remember when you were that young?  Full of energy?  You could work all day!  Remember that desire to work as long and hard as needed just because you were proud of your work and wanted to make others proud?

5) They’re innovative.  They come with tons of ideas and they are ready to make them a reality.  Yes, many of them will crash, but it’s all part of the learning.  Some of them will stick!  And, they are ideas that you very well may have never thought of yourself.

We spend so much time looking for that “purple squirrel” or dumping oodles of money at supposed one-of-a-kind talent to “make them whole” or whatever.  I’m having a heck of a time, at the moment, looking at the 2014 class of future rock stars.  I bet it’s one of them that brings us the next big thing.