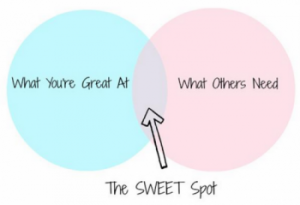 I must still have the NBA Summer League and basketball on the brain, (for more info and background of what I am talking about, see Kris Dunn’s post on the HR Capitalist here, and mine over on my blog here), so when I saw this headline, NBA star Carmelo Anthony turns investor, co-founds M7 Tech Partners, I knew I had some great basketball-related blog fodder.

First, the important elements from the article:

M7′s first investment is Hullabalu, a company that makes story-based tablet apps for kids. The new fund’s office will be located in New York City, and it will be focused on “early stage digital media, consumer Internet, and technology ventures,” according to an official statement.

Anthony is best known for his career in the National Basketball Association (NBA), playing for the Denver Nuggets and the New York Knicks, as well as being part of the U.S. national basketball team that won Olympic gold medals in 2008 and 2012.

While it might not seem so on the surface, since it involves a millionaire basketball player and a new venture capital fund (not exactly completely relatable I admit), Melo’s venture as a fledgling venture capitalist presents his current employer the New York Knicks with the potential for the same kinds of problems that your employee’s side hustles presents for your organization.

What kind of problems, exactly? Well it depends (largely) on whether or not the side hustle succeeds, fails, or sort of plods along somewhere in between the two extremes.

Here are some potential outcomes in each scenario, with some thoughts about what you as an HR/Talent pro can do to make the best out of what can sometimes be tricky situations.

First scenario: The employee side hustle succeeds, maybe in a small way at first, but slowly and surely starts to gain traction causing the employee to begin to envision him or herself turning the side gig into the main source of their effort and livelihood. This is actually the easiest scenario for the HR Pro to navigate. If you are on top of your game you will see the employee’s new business start to take off, and you can start a countdown timer before he or she turns in their notice and chases the entrepreneurial life. The key for you is to be on top of your game, though. In addition to the normal, risk mitigation type things like ensuring your org’s IP and assets are not being misused, an early warning of the likelihood the employee is going to leave will enable you to proactively plan for transition, replacement, and if it makes sense, future working relationships with the new entrepreneur and their operation.

Second scenario: The side gig doesn’t really take off, but doesn’t totally fail either. But the gig continues to take time and attention from the employee, that, depending on the specifics of the situation, could detract from what your organization needs them to do as part of their day job. The key here, and it is kind of a tricky one sometimes, is to get a feel for when a plodding-along-side gig starts to emotionally drain the employee—which could detract even more from their performance from 9 to 5. Think about it this way: The side gig—whether it is making music or selling BBQ sandwiches from a cart on the weekends—likely represents both what they are passionate about and is something at which they think they can excel. Seeing that dream sort of meander about and not really take off, can often lead them to throwing even more time and effort that way, stressing them out even further and impacting what they have left to give to their real job. HR pros need to be careful on this one, but the main objective is to try and let the employee know that while failing at the side gig might be really tough to take, failing at the real job too makes it all much, much worse.

Third scenario: The employee’s side hustle crashes and burns, perhaps even spectacularly. The keys here are similar to the “plodding along” scenario above, (emotional stress, detaching from the work and their colleagues, etc.). But there is one notable difference that you need to watch out for: the employee almost immediately launches a new side gig soon after the first one burns out. That is a pretty clear signal to you that the employee likely sees your shop as not much more than a rent/food/gas payment source, and once he or she can start doing the work—any kind of work—that they really enjoy, then they are out of there. That might be a perfectly acceptable scenario for your organization as long as you make sure the budding Zuckerberg understands that while he or she is still cashing your checks, that your performance expectations have not changed.

Your side hustling employees might not be multi-millionaires like Carmelo chasing their next hundred million or so, but that only makes it tougher for you, not easier. Carmelo doesn’t need the venture gig to pan out when he has about $125M due to him in the next few years from the Knicks. But your accounting guru who sells homemade candles on Etsy? That guy is the one to look out for.