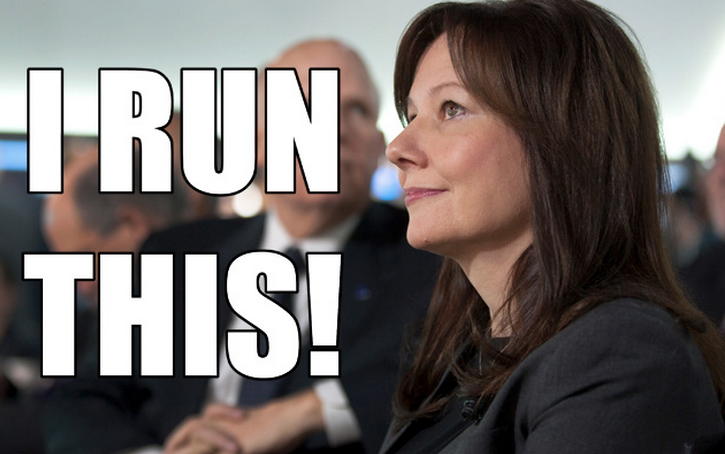 I was thirteen years old when Oliver North got busted in the Iran-Contra Affair in 1986. The young kids in the audience probably only know Ollie as a conservative media guy, appearing on Hannity regularly. I first heard of North when President Reagan held a press conference to say that he had just fired him. Having the leader of the free world pink-slip you on network news? That’s how the Gipper ran HR in the 80s, folks.

It was an introductory learning experience about politics, world intrigue, the CIA and leadership accountability. It was also,  however, a lesson about scapegoats.

In a crisis, find someone to take the fall. It’s worked in politics and corporate America for years.

That’s why I was surprised to see Mary Barra, the CEO of GM, refuse to run off her attorney, Michael Millikin, under pressure from Congress last week. It’s an incredible leadership case study playing out right in front of the cameras.  Check details from Forbes:

In ancient Japan, GM’s top lawyer might have faced disembowelment, a form of ritual suicide known as hara-kiri, as punishment for his legal staff’s role in allowing a deadly safety defect to go unreported for more than a decade.

But neither Michael Millikin, 65, nor any other top GM executives are likely to fall on their swords in the wake of the one of the biggest safety crises in U.S. automotive history… Millikin sustained a blistering attack Thursday from U.S. lawmakers… (Senator Claire) McCaskill said she couldn’t believe Millikin hadn’t been fired.

“I do not understand how the General Counsel for a litigation department that had this massive failure of responsibility, how he would be allowed to continue in that important leadership role in this company… This is either gross negligence or gross incompetence on the part of a lawyer.”

Barra held her ground and said she needed Millikin to fix the problems. From the transcript at PBS, McCaksill later compared Millikin to former VA head Eric K. Shinseki, who was forced out after the VA scandal:

I think the failure of this legal department is stunning. And the notion — I mean, you look around government, when something like this happens, you know what? Secretary Shinseki (from the VA) didn’t know about those problems with scheduling. Nobody told him. He’s gone.

Listen to McCaskill—“look around government”—when something like this happens, the leader hangs. It’s called a fall guy, and Congress wants one. So why did Barra deny the senators the blood-lust that they so obviously want? Here are options:

I think it is a combination of all of them, but #4 seems right to me, actually. She’s not naive—she’s the head of GM, for goodness sake, so she gets politics. She has reasons for not throwing her version of Ollie North to the wolves. Have more possible answers? Hit me in the comments.