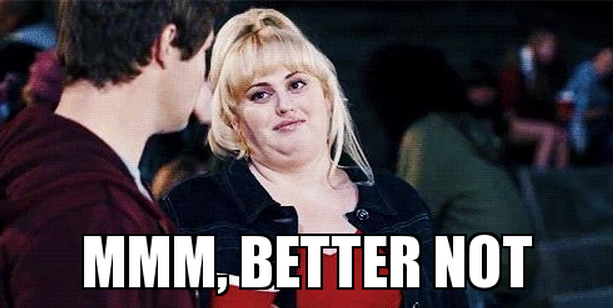 Okay, time to fess up.  I’m NOT perfect.  I know I know… this probably comes as a great shock to many of you.  <ahem, sarcasm>

Recently, I did something I’m not proud of… I sent THE email that I should have deleted (or maybe not composed at all).  But, I thought the thought and decided to flame broil a relationship in an unrecoverable way.  Rome is toast.  Normally, I’m smarter than that.  But for whatever reason, I broke.  Again, I’m not proud of what you’ll read in a moment… so, please understand that it is with sadness and remorse that I use my own mistake as a tool for learning… mine and hopefully yours.

So, please read the email, and note… adult language is dispensed like candy canes at Christmas. #nfsfw

You have balls the size of cannonballs. And, that’s not a compliment by the way. I put you on a special list of CEOs that I periodically (read once a quarter) updated with cool new conferences, marketing opportunities, things that I would NOT personally benefit from. And, in the 15 years that I’ve emailed HCM software CEOs… no one… no one… has ever asked to be deleted from the list. The list has 1200 names on it, mind you. You’re the lone wolf. Which in some demented way probably makes you proud. Because you think of yourself as a scrapper… self-made… Detroit, blue collar… do-it-differently-than-everyone-else-guy.

But, the truth is… you just don’t know WTF you’re doing. So, you asked to be off the list… that’s easy enough. I deleted you moments after you asked and really haven’t given it much thought… other than to think that you’re probably the dumbest guy I’ve ever talked with.

I go on about my business… only to receive a non-personalized email, ahem, InMail… that’s poorly organized and marketed that is clearly trying to sell someone that has no interest, no budget, no company of size… suffice to say… you SPAMMED me.

And when I called you on it… you called me sensitive. That’s cute. But, turns out, I know who the fuck I am… and sensitive is not even close. So you don’t think you did anything wrong… see… that’s hubris at its finest. Good for you… dumb and arrogant. A wicked combination you are.

See, what you just read is me.  That’s me at my worst—my darkest.  Occasionally, I wish I could be different… more perfect… more conservative… but truthfully, at 45, I’m probably never going to be that perfect guy.  The email above IS me.  Clearly broken in some ways, and dare I say great in other ways.  And those of you (lucky?) enough to keep up with me via Facebook, Instagram and the like… you know that I walk the line of inappropriate daily.  But then again, I’m not sure social is a great gauge for what is the “real” person versus what is the curated, perfect person that most people put forth.  I mean, rarely do people really put their failures, struggles, mistakes, insecurities, biases, etc. forward as who they are.  Most people put forth a positive rendering of themselves via the socials.  Wife, great.  Kids, perfect.  Job, awesome.  Life = Winning.  It’s like the 80/20 rule… 80% of the social content about ourselves is positive and 20% well, not so much.  But is that how we really are?

Try this on for size: Review your own social footprint from the last 7 days—everything.  Is that an accurate portrayal of the real you or the most perfect you?  And don’t bullshit a bullshitter.

BTW, this moment of weakness… this email that I should have deleted… it got me thinking about candidates for our lovely jobs. I know right… I can make anything a HR story—I’m an uncanny guy like that.  Would you rather have a candidate that was real… meaning, warts and $h!ttty emails OR would you rather have a candidate who is perfect?  Really think about it.  The answer isn’t obvious.

Please let me know via the comments.