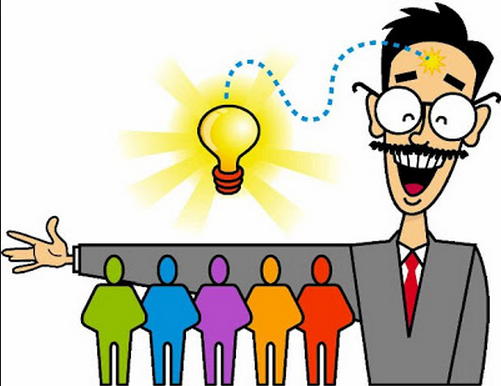 I have a new pet peeve.

I occasionally get messages from HR people looking to network or looking for opportunities.  That’s cool.  We all do that.  No big whoop.  But, some of them are starting to get annoying.

Hi Jason… this is So-and-So.  I am good friends with What’s-His-Face, whom you may know.  I am a Thought Leader in (name the fluffy HR program).

Usually, I just breeze past it.  But, the other day I was grumpy… a simple case of the Mondays, likely. Anyway… I got to thinking… what the hell is a Thought Leader?

The title is pretty obvious, right?  It’s a person who leads thoughts! Makes total sense. But, leads how? Like, do they all sit in a room and brainstorm while the leader moderates? Do thought leaders sit in a chair, ala Rodin’s “Thinker,” thus inspiring others to do so?

I’m unsure.  So, I did what I always do when I want to know something.  I went to Bing!

I first came upon a New York Times article by David Brooks.  It’s a pretty fantastic article where, if I am reading it correctly, Brooks is essentially using the term Thought Leader where another person might say Hipster. A Thought Leader, he says, is a constant attention seeker who “uses the word ‘space’ a lot—as in, ‘Earlier in my career I spent a lot of time in the abject sycophancy space, but now I’m devoting more of my energies to the corporate responsibility space.'”

Digging further, an article on Mashable calls Thought Leadership “the highest of compliments, and arguably the hardest moniker to achieve.”  To become a Thought Leader, you must “Do something everyone else in your field thinks is dumb, and be right about it.”

Finally, this dude named C.C. Chapman says here that “Someone can not give themselves the thought leader title. It is one the community must bestow upon someone.”  In other words, it’s not something you can just slap on your resume willy nilly.

In my humble opinion, here is what a Thought Leader is:

Thought Leader has become another buzzword in the HR industry that is getting thrown around like “strategist” or “innovator.”  Since when do our companies care about our thought leadership?  They care about our execution.  Great…you came up with a fantastic idea.  What did you do about it?  Anything?  If you did, what were the results?  Was it successful?  If not, are you still a thought leader?  Someone came up with New Coke.  Were they considered a thought leader beforehand?  After?

Results!!!  Come up with a great idea and execute on it.  Show us why it was awesome.  Then… do it again!  And again! There’s a reason why U2 is still touring and nobody remembers Hanson.  Thought Leadership can’t be about who’s got the loudest microphone or who gets to present at ERE this year or who you know at SHRM. Thought leadership without execution is little more than smoke and mirrors.

Back it up, Thought Leader!