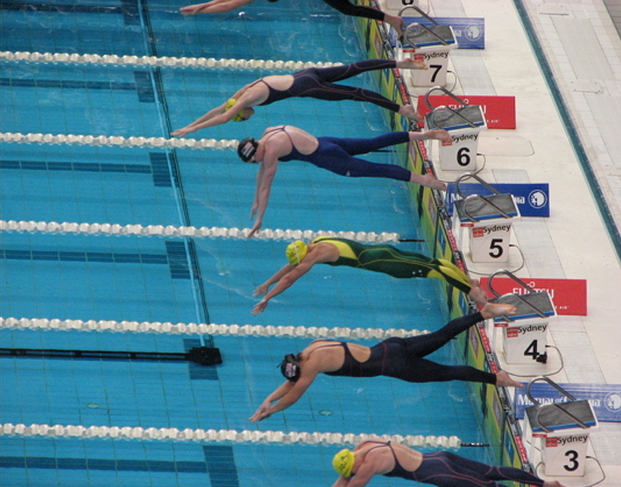 All things being equal, if I have the opportunity to hire a musician or an athlete over a non-musician or athlete I’ll do it.  Every time.  Remember those piano lessons your mom made you take when you were a kid that you hated so much you put up a huge stink and quit?  Yeah, well I hate to break it to you, but you’re a worse employee for it today… and you still can’t play the piano.

How about those running drills you used to do at 6AM before school so you had a chance to make the team as a third-stringer?  Turns out that discipline of getting up early to practice and go after something you really wanted sticks with you even today.  And it makes you a better employee because of it. Why is this the case?  Here are 4 main reasons why this is true and some ideas on how you can incorporate them into the way your team works.

1. Feedback is public and immediate.  If you’ve been an athlete or musician, you know that positive and critical feedback comes your way instantaneously in very public settings.  If you miss a note, you know it.  If you mess up a play, the other team scores, and you know it.  And then there are the coaches and teachers… most we love to hate but realize later in life they quite helped us.  They’ll give you very specific feedback on your performance in front of the entire group or team!  Think about that for a minute.  They don’t wait 12 months and then write up a vague list of things that you can do better and hand it to you.  You get this feedback right away so that you can do something about it!  This matters for obvious reasons (it’s immediate) but also because it’s completely transparent to everyone what the performance standards are, and it holds you accountable to your peers.

2. You know who’s better than you.  One of the things that makes me scratch my head is having a high-potential program and not sharing this information with anyone.  Not with the high potential employee and certainly not their peers—mainly because we’re afraid of hurting someone’s feelings.  What a wasted opportunity!  If you play sports, it’s typically pretty clear who’s better than you and why.  There’s depth charts, playing time, and lists of people who get cut.  It’s all crystal clear.  So if you’re a third-string point guard and want to play more, isn’t it better for you to know clearly who’s better than you and why so you can learn from them?  In the work world it may not be as stark, but if you’re a manager and you give a critical assignment to one person and not the other, take the time to explain why you made this decision and what they can do to be in a position next time to get that assignment.

3. The tape doesn’t lie.  One of the biggest barriers to feedback is people being defensive and not accepting your interpretation of the feedback you’ve given them.  In the music and sports worlds, performances are almost always recorded and reviewed later on.  If you hit the right note or made a great play, it’s obvious.  The converse is true as well.  You mess up, and it’s right there for everyone to see and learn from.  In the work world, it’s of course not as easy to go around recording every interaction.  But I bet you could find 5-10 opportunities every year to really capture someone in action and use that as a way to teach that person and others.

4. Deliberate practice.  In the end, it really all comes down to repeated and deliberate practice.  Which is a very rare occurrence in the workplace.  It’s assumed that we’re all “professionals” who shouldn’t need to practice because we know what to do.  Ray Allen is widely regarded as the best 3-point shooter in NBA history, but before every game he shoots 1,ooo shots to make sure his release is the same every single time.  As managers, we need to help our teams figure out what skills are central to success and create opportunities to practice getting better at each.

Now when I say “musician” and “athlete,” I’m not talking about the guy who plays Guitar Hero in his underwear or the woman who’s an intramural league MVP.  I’m talking about people who, for an extended period in their lives, were formally trained to be a musician or an athlete and had to practice and perform on a regular basis.  Why?  Because they understand the importance of accepting critical feedback and diligently practice to get better.  It’s just part of their DNA.  And in a work world where most people are just trying not to make waves and piss anyone off, it’s refreshing to have people on the team who demand that you help them be better.