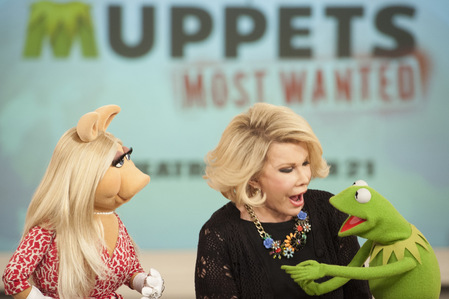 We have three generations of “women leaders” in the workforce right now.

The first wave is old school.

They established businesses and made money while raising kids and managing households. Of the few women I know from this era, most of them are either dead or alcoholics.

I love this generation. These crafty broads endured sexism and stupidity early in their careers, but they outwitted and outmaneuvered their colleagues and competitors on the backend. Work wasn’t about being liked. It was about revenue and profitability.

Those feisty women paved the way for the second wave of female leadership.

Cue the lights: it’s the businesswomen who wore big shoulder pads and never gave them up!

They fought hard for their roles in the 80s and 90s. They endured sexism and stupidity just like the previous generation; however, they are at a distinct disadvantage because they are workers and not owners. You know those ballsy women who are VPs, CMOs and even CEOs? They must subject themselves to the whims and preferences of other executives and governance boards, which opens up the door to ongoing sexism and ageism.

I feel for these women.

Then there’s a third wave of women leaders who are more diverse.

This generation is rising. We see women of different ethnicities, nationalities, and cultural backgrounds represented across start-ups and big corporations; however, most of these women lack the ability to secure VC funding and struggle to earn equal pay for equal work.

The fight for equality in the workplace isn’t over. And we have an emerging fourth wave of leadership that is turning 30 and beginning to see professional and material gains in their careers. The next generation has a ton of work to do, which is why I was excited to read #GIRLBOSS by Sophia Amoruso. She is the founder and CEO of Nasty Gal and is on the vanguard of that fourth wave of leadership. At the age of 30, her personal story is compelling. She is a tough woman who goes from rags to riches without going into a ton of debt.

Unfortunately, the book reads like Jack Welch’s perverted fantasy of the rise of a girl to a boss. Amoruso is an attractive young woman who constantly reminds us that she is young, cute, and her parents are divorced. She is quirky! She is ballsy! She used to shoplift! Amoruso wants her audience to believe that she offers a different style of leadership while simultaneously warning her readers not to have any typos on their resumes — as if a) that’s original advice and b) typos are the measure of a human being and a future #GIRLBOSS.

There’s even some girl-on-girl fighting in the book to prove that, hey, fighting isn’t cool, but sometimes you gotta hit a bitch.

So you can skip the book.

It may seem like I’m picking on #GIRLBOSS, but I am just so disappointed with the leadership advice that’s offered to women out there. I have some specific questions, dammit. How do I build an empire, acquire wealth, have a work ethic, remain steadfast in the face of great challenges, and not sacrifice my femininity and relationships in the process? I wish someone would write openly and honestly about those issues.

Oh wait, someone did write about that.

Rivers proves that the best leadership advice often comes from the most unlikely leaders. It’s too bad the women of her generation are dying off. You can’t replace that kind of grit in the workforce.