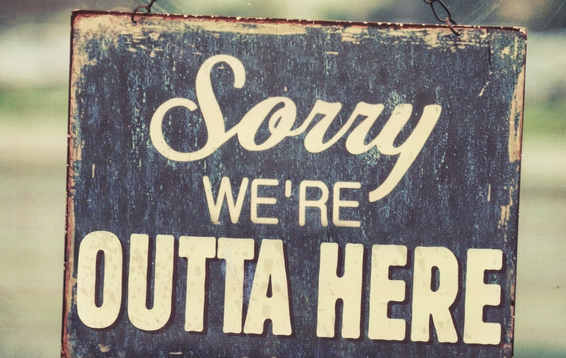 Over the last week or so there’s been a ton of buzz over Richard Branson’s unlimited time-off policy for the Virgin Group. Personally, I think this move is a great one and helps further acknowledge that these B.S. two-week vacations (if you’re lucky) should be a thing of the past. Hire adults and treat them like adults. Period, stop.

(Quick side note: I don’t want to brag, but Merrimack implemented this policy at the end of 2013… I don’t recall being interviewed by any media outlets though.)

So, in my effort to continue to stay ahead of the Richard Bransons of the world, I am here to to push this idea even further:

Paid time off… before you even start at your new company.

Let me break it down for you. Having a new employee stop work on Friday and start with your company on Monday is just a bad idea. But you’re an HR pro, and you don’t have to accept bad ideas. So, what can you do?  You set a company policy that every new hire must take at least one week off after they leave their current position before they join your company. Since it’s not financially possible for everyone to take unpaid time off, pay them at least a nominal amount.  And don’t ask or expect them to do a damn thing!

You’re probably thinking that the liberal Massachusetts air must be really getting to me these days. Why would in the world would I bust my a$$ to fill a job, have the person give a two-week notice and then tack another week on top of that? That’s crazy talk you say… maybe it is, but I see it as pretty simple.

You want someone joining your organization who’s relaxed, ready to learn about your company and is committed to exceeding your expectations. It’s been written about time and time again that many new hires mess up in predictable ways during their first few weeks on the job.  They’re running around using the word “we” and trying to get a bunch of things done, except when they says “we,” they’re really talking about their last company, not yours. They’re probably so burnt out because they hardly took any vacation in the past year and just busted their a$$ to transition out of their old job—and the old job is still calling them to ask questions. In short, their head’s just not in the game.

So here’s your chance, HR Pro, to help your new hires get their heads in the game. And if you really want to hear some crazy talk, hire them a coach so they can really prep before they join!

Blogger Note:  I just started a new job this week as Chief People Officer of the Broad Institute of MIT and Harvard, and the organization was fully supportive of me taking a short break between gigs (on my own dime).  It was one of the best things I could have done and gave me time to relax, reflect and prepare.  I’m your case study to see if this can really work!