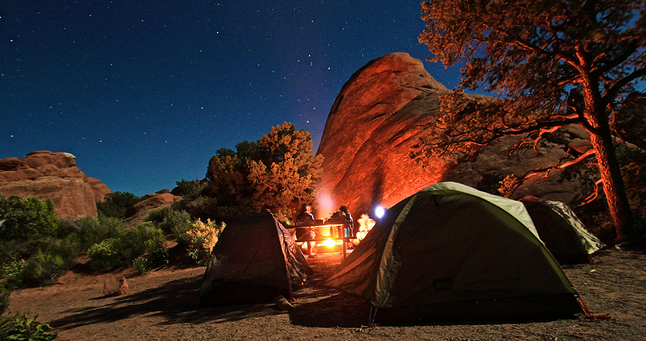 My grandpa used to sit on the back porch, drinking Stag beer and sharing his life philosophies with anyone who would listen. Drinking and philosophizing. Good work if you can get it.  These pearls of wisdom usually involved a type of sociological classification. He would sit in his rocking chair and trot out gems like:

That camping one was my all-time favorite, and it’s still true today. Soccer moms and dads sit on sidelines each weekend talking about how much they love camping, how cool it is, how they used to do it all the time. But they never go camping. The tent is in the basement, but that’s it.

Sounds like succession planning in most companies. All talk, no action.

Companies talk about succession planning a lot more than they ever do it.

I have yet to meet a HR colleague, anywhere, who says they have succession planning locked down. Perhaps someone in the FOT live studio audience has, but not many others.  When someone tells me they haven’t figured out succession planning, I urge them to keep it as basic and simple as they can. Here’s how I usually break it down, using one employee as an example:

1. Start with The Bus Test — If Susie got hit by a bus, either driven by a stranger or by us, who would do her job?

2. Lead into the Driver’s Test — Would you give that person a license for that job right away?

3. Develop a Learner’s Permit — Before you trust that person to take the job on the road, what does she need? Can she take a practice run in the job, similar to a kid driving with an adult in the car?

And lastly, if you don’t have anyone to take the accident victim’s role internally:

4. Consider hiring an external driver — Your best succession play might be working down the street. If that is ithe case, you better know who your options are and start networking. The bus is on its way.

Grandpa was quite the character, for sure, but I have always had a soft spot for him since he snuck me my first beer behind Grandma’s back (Stag, of course). He never even knew the term succession planning. Thankfully, he knew about camping.