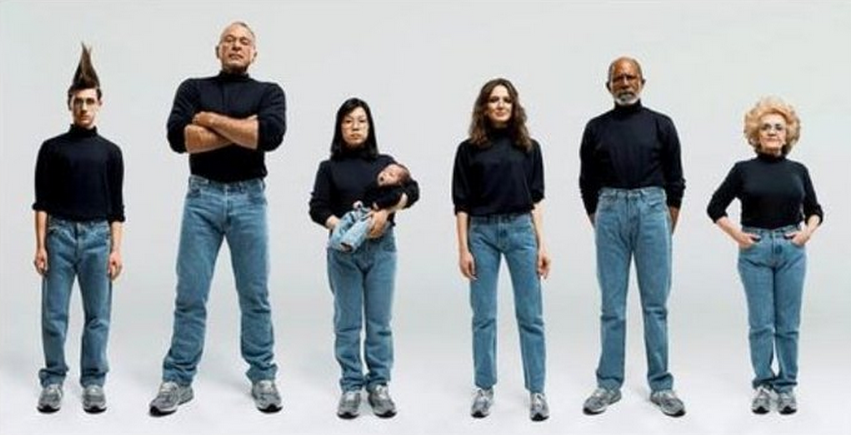 Karl Stefanovic. (Okay, I bet you have no idea who this guy is… hang in there, we will come back to him).

Besides being extremely successful in their chosen fields of endeavor (even Karl—I will explain), they all at one time or another adopted a personal uniform, i.e., they essentially elected to wear (more or less) the same basic clothes every single day.

Jobs, of course, became renowned for his black turtlenecks and blue jeans. Zuck, for his seemingly endless supply of gray t-shirts and hoodies. President Obama wears only gray or dark blue suits.

And our man Karl, who, in case you are not familiar is an Australian morning TV host, has worn the same blue suit on the air every day for a YEAR.

The reason that the first three men in this list elected to adopt their signature style are remarkably similar. Each man felt like they had much more important things to worry about than fashion or even simply choosing what to wear each day. So by adopting a “uniform” of sorts, they effectively eliminated one set of decisions from their daily routine.

And there is at least some science that suggests that reducing the sheer number of decisions that one has to make can help to avoid something known as ‘decision fatigue’, a situation where the quality of decisions deteriorates after a long or prolonged period of decision making. When decision fatigue sets in, it can be hard to make appropriate trade-offs and can lead to decision avoidance and irrational—even careless—choices.

But let’s get back to Karl Stefanovic, the person on this list you are likely least familiar with. Karl, in an experiment of sorts and influenced by his observations that there exists a double standard in TV and entertainment between how men and women’s appearance are judged, decided to wear, on air, the same blue suit every day for a year.

Karl’s theory was that he could easily get away with wearing the same “uniform” everyday on TV, but his partner, a woman, would be excoriated by the public (and probably by management) for attempting the same stunt. And while we don’t know for sure what would actually have happened if his co-host Lisa Wilkinson tried the same move, we do know the result of Karl’s “wear the same suit on TV every day for a year” experiment.

Not a single viewer complained. No letters or emails or tweets about the suit. Management did not issue a correction or reprimand.

Karl was, in his words, not being judged on what he wore or how he looked, but rather on “my interviews, my appalling sense of humour—on how I do my job, basically.”

But if co-host Lisa (or any high-profile female personality or executive) tried the same stunt, can we honestly say that the reaction would be the same?

If Ginny Rometty or Sheryl Sandberg or Marissa Mayer wore the same clothes every day (like Jobs and Zuck and Obama), would we EVER stop talking about what they are wearing and focus on their performance?

Probably not. Men get judged (primarily) by what they do. Women, especially in visible, important positions, never seem to be able to shake the criticism and commentary about things like clothes and hairstyles.

The truth is that it hardly matters at all what people wear or what they look like. What matters is what they do.

For Jobs and Zuck, we don’t give that conclusion a second thought.

Why can’t we say the same thing for the rest of us?