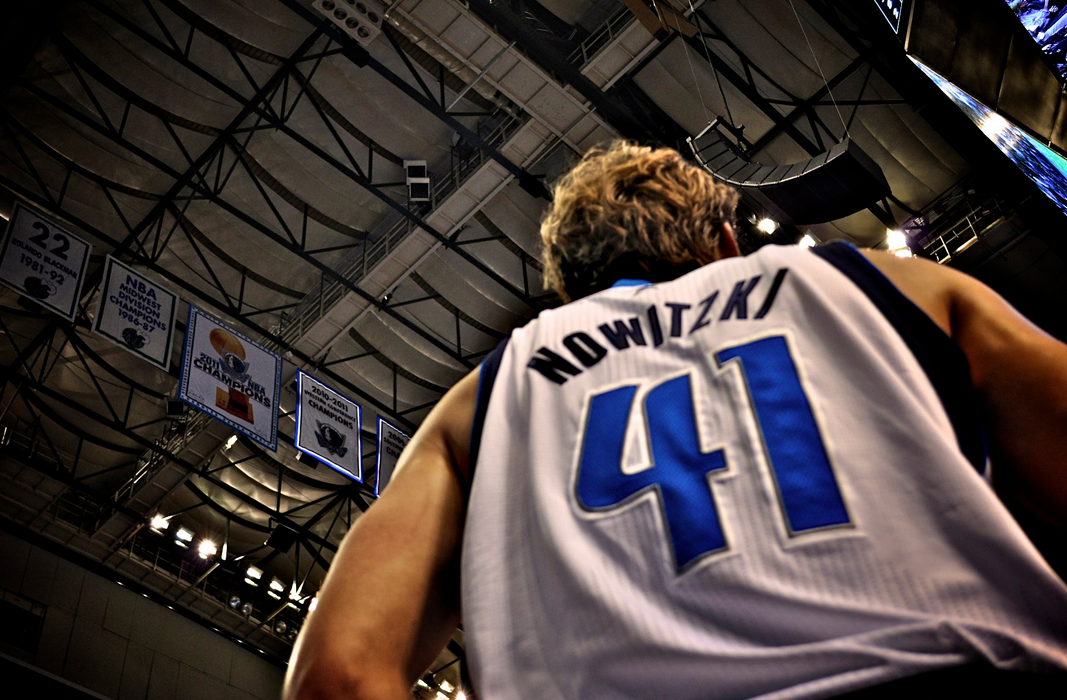 Dirk Nowitzki made history last week.  He scored enough points to pass my guy, the incredible Hakeem Olajuwon and move into 9th place on the NBA’s career scoring list.  He also became the top scoring player born outside the U.S. ever to play in the NBA.

And guess what?  No one expected him to do much in the NBA.

From Dan Devine, “You’d have been hard-pressed to predict the gangly 20-year old who spent much of his first season coming off Don Nelson’s bench would wind up completely rewriting the Maverick’s record book, revolutionizing the sport by proving that 7-foot long-range bombers were more future than fad.”

Dan’s article goes on to underscore that nobody thought Dirk would be an offensive force; nobody thought he could win league MVP; nobody saw him leading his team to 11 straight 50-season wins; and nobody thought he’d orchestrate the first championship in franchise history for the Mavs.  Frankly, no one can believe he’s leading the NBA’s best offense at the ripe old age of 36.

Dirk was an unlikely.

While he has innate talent, he is known to have achieved greatness through an incredible work ethic and dedication to his craft.

Think about your unlikely talent.

It may be the liberal arts major who has a passion for analytics.  Or the administrative assistant who has risen through the ranks and broken stereotypes.  Or the unemployed senior HR leader who has enough gas in the tank to contribute across multiple areas if given a second look.

In a unique time of talent scarcity and yet unstable unemployment, shouldn’t we be paying more attention to the unlikely candidates?

“Dirk has earned everything he’s gotten, and every step up the ladder he takes is a reflection of his effort and focus, “ Maverick’s owner Mark Cuban commented.

Effort and focus.  Clearly hard to predict but dive deep and I guarantee there will be stories from childhood, adolescence or early career that showcase these attributes.  Effort alone doesn’t cut it.  Effort + focus can be a game changer.

The unlikely need champions and mentors.

Dirk also had champions and forward-thinking indiviuals in the Maverick’s organization who have enabled him to shine as well as longtime mentors.  Enter Holger Geschwindner.

Geschwindner, Nowitzki’s shot doctor and mentor, began developing Nowitzki as a gawky teenager and makes visits to Dallas each season to work with him in addition to their summer sessions.

Said Nowitzki, “He meant so much to me in my career and he still does.  I’m 36 years old and we still work on my game like I’m 21 years old.  It’s fair to say that without him I wouldn’t be sitting at number 9 right now.”

Give me work ethic, effort, focus and a dedicated mentor… and I’ll nail a 3-pointer while shouting “Don’t count out the unlikely!”