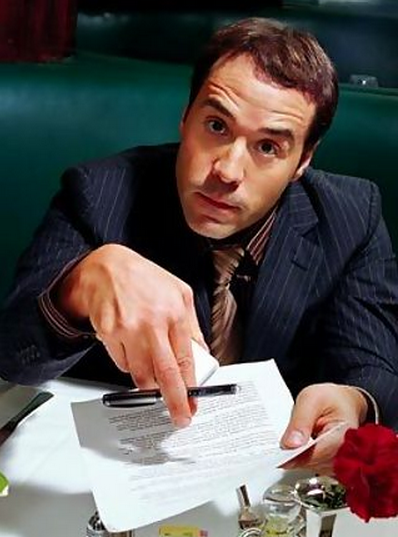 Tim Sackett and I reprised a deck we’ve delivered multiple times (including at SHRM National) last week on a HR Executive Magazine webinar sponsored by our friends at SumTotal Systems: How to Raise Your HR Game by Thinking Like a Money-Hungry VP of Sales.

Catchy hook, right?  It’s designed to trick you into being interested in negotiation and influence as critical factors in your HR/recruiting career.  Of course, we didn’t title it that just for the hook—during the times when we as HR/recruiting pros are unwilling or unable to effectively negotiate, the sales pros we know/love/hate (and the ones responsible for killing the carcass we eat as cost centers) laugh at us.

They’re laughing. But they’d love to help if we’d just ask them. But we won’t. Because we think they’re too slimy to actually help us. Nothing could be further from the truth.

1. First-Strike Power in Any Negotiation

2. Understanding That Who Speaks First in Any Negotiation Loses

The reactions of your recruiter to these two negotiation/influence techniques will tell you a lot about whether you’re dealing with an average HR pro/recruiter or a good—potentially great—-one.

Here’s what the average HR pro/recruiter says when they see these techniques put up on a whiteboard:

“I’ve always understood the value of #2”

Sure you have. They’re telling you that because their TalentDNA will show that they are genetically pre-dispositioned to avoid confrontation.  They’re naturally going to tell you they value #2.

The good-to-great HR pros? Especially the great ones? Here’s what they know about those two negotiation techniques:

1.  Negotiation evolves.  You’ve got to know what you are after and what the mindset is of the person you’re dealing with.  There’s no cookie-cutter approach that will produce great results all the time.

2.  There is a natural time and place for both negotiation techniques.

3.  The best time to use the power of the first-strike negotiation technique is when the person in front of you has a clear (but unreasonable) goal in mind.  In recruiting, that could be a candidate who has an expectation of a certain salary that’s not going to happen. In employee relations, that could be an employee who you’re about to interview who’s hell bent on saving their job, but you still need the truth from them. First-strike negotiation techniques are designed to give you control by bursting the bubble of someone else’s unreasonable expectations.

4. The best time to use the “she who speaks first loses” technique in the world of HR and recruiting is when you’re dealing with someone in a coaching situation.  At that point, you’re usually making an observation that you know to be true and presents a problem you see with the employee’s performance, behavior, etc.  You make your observation and then shut up—because accountability for change only occurs if someone owns their problems.  They can’t own it if you don’t give them an open-ended opportunity to respond to your wickedly accurate observation.

Slides below (email subscribers click through to see the deck) show the problem you’re trying to solve when you use both of these techniques, as well as a recruiting and HR talking track you can use in both situations..

Try these talking tracks today—and make the VP of Sales stop snickering when he hears you on the phone with someone.