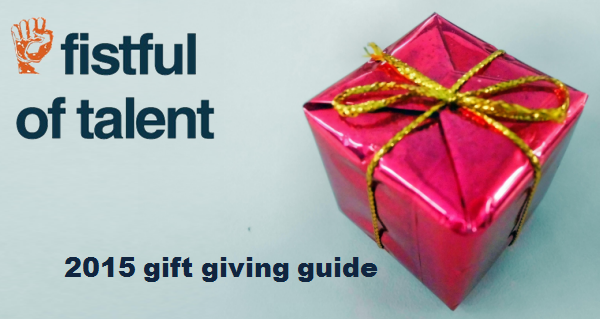 I have two kids… actually they are no longer kids but young adults—21 and 23. When they were 6 and 4, buying them gifts for Christmas was easy. Make the boxes big and the number plentiful. As long as there was stuff under the tree we pretty much had Christmas whupped. As they got older, they got more discerning. Now it wasn’t just a mp3 player (some of you with grey hair remember when they were called that and you know what they were); it had to be a brand with a small “i” in front of the name. Then, as they got even older the number of presents mattered less but the cost mattered a ton. On gift—one big dollar sign.

Now however, we’re at the “very few but very thoughtful” stage in our gift-giving relationship. On both sides. Us to them and them to us. Hopefully it means my wife won’t get slippers for the 21st year in a row.

My point is this: Giving a gift isn’t as easy as you think, especially for companies and managers. There is so much conflicting information on what really resonates with employees. So for your 2014 holiday employee gift giving I offer the following…

In a poll conducted by Express Employment Professionals, a franchised staffing company, employees and job seekers were asked, “How do you wish your company showed appreciation to employees?” The responses looked like this:

Surprised cash won? Me… not so much. It always does.

But think about this for a minute…

A 2013 Harvard Business Review article showed that in one experiment on performance and reward, when students were given a gift-wrapped water bottle worth about 1/3 what two other groups received in the form of cash for specific work—-that group exceeded the performance of the other two groups by 25%. And, in another experiment when offered a choice between cash and the water bottle, 80% chose cash. Again—reinforcing the thinking that employees always want cash.

ProTip #1 – Employees always want cash. Save your money on the survey. They.Always.Want.Cash.

But the reality is they work harder for, and appreciated it more, when the company says thanks and demonstrates in a way that shows some effort. The experimenters in the study above came to the conclusion that what drove performance and connection came down to what your mother always told you.

It’s the thought that counts.

They stated in the study: “It was the thought that counted, and simply handing out a few more Euros hardly takes much thought. Even offering the option of a gift showed that the employer cared.”

What employees always want—but don’t always say—is this: they want to be validated.

They want to be noticed and they want to have a purpose for getting up every day and making the slog into the office.

People want to know that showing up at work mattered.

Show them by telling them.

And if you can, throw in a little sumptin’ sumptin’ that shows you care—maybe a spa card or something else that communicates you spent a little more time thinking about how to enhance their holiday than shooting an email to payroll to cut another small check.

In other words… just like with my kids now… it’s a small but thoughtful gift that sits under our tree.

Do the same with your employees.

And for you naysayers, argue all you want—the data is the data. I know it is counter-intuitive. We all think we want cash and that we are more thankful for cash. But we just aren’t. This isn’t one study—it’s many studies. Humans are weird. I get that.

And I love that.

To paraphrase the city of Austin’s motto… keep employee recognition weird. It will pay off. I promise.