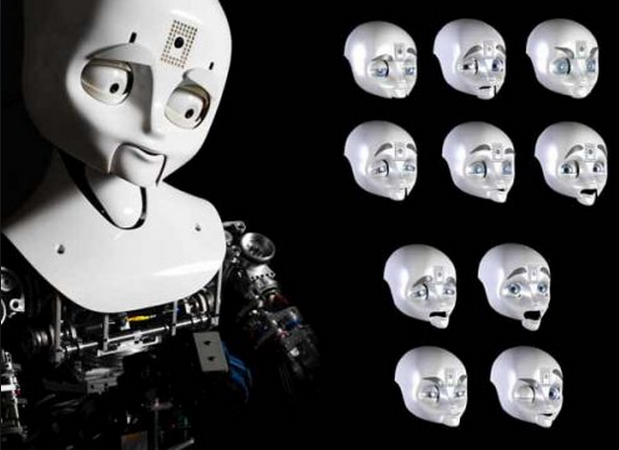 In today’s HR/Talent management world, sometimes a good employee or candidate can be hard to find. Their work history might be lacking one bit of important experience you need for the role, they might have more substantial compensation requirements than you can offer, or they simply might fall into that amorphous-but-still-always-defensible category (because it can’t really be defined) of not being a cultural “fit.”

What might be the solution to all of these problems with pesky, demanding, undisciplined, emotional, and unreliable human employees?

Of course—it is so simple—why haven’t you figured it out by now?

Obviously, I am not breaking any new ground by telling you that the future of work in general—and of many types of manual, repetitive-in-nature jobs in particular—will be one that exhibits dramatic increases in the use of automation, algorithms, and, yes, robots.

Robot or “non-human” employees offer advantages over their more earthly counterparts (us), in at least five areas:

I imagine you’re thinking right about now: But, Steve, while that all might make sense, and robots/automation will replace lots of lower skilled and repetitive kinds of jobs, they can never (at least not for the duration of my career), replace me. I have to think at my job. I have to deal with uncertainty. I have to deal with people and all their complexity. My job is too nuanced to be automated, dang it. And finally, other workers simply won’t accept a robot HR/Talent pro. It is too weird, too off-putting.

That last part, that people will not be as accepting of robots and automation for non-cognitive tasks or roles that require emotional kinds of responses, may not even be true any longer.

Recent research from Adam Waytz from Northwestern and Michael Norton from Harvard has shown that people are already becoming more comfortable with accepting robots for complex, cognitive tasks (like the ones that many of us do all day), and can become comfortable with robots replacing more emotional ones (caregiving, pre-school teaching, counseling, and yes, even HR), if the robot’s design is one that appears to convey emotion itself.

In other words, place an interactive, responsive, cute face on the robot, and suddenly we become more accepting of it as an emotional actor and see it as more capable to function in “human” interactions. Like Human Resources.

Why does this matter and why is it being covered on an HR/Talent blog?

Because I think the term and role of Human Resources will eventually (and maybe quite soon), have to expand in order to remain relevant. Automation, technology, mechanical augmentation, robots—these trends in work and workplaces are not going to abate. The role of HR will have to cover, consider, and get the most from all of the organization’s resources, both human and otherwise—or risk being lumped in with the rest of the jobs to be replaced… automated away.

Years back, the discipline moved from being called “Personnel” to “Human Resources.” What shall the next and more important iteration be called?

The entire research paper is pretty fascinating, I’d encourage you to give it a read.