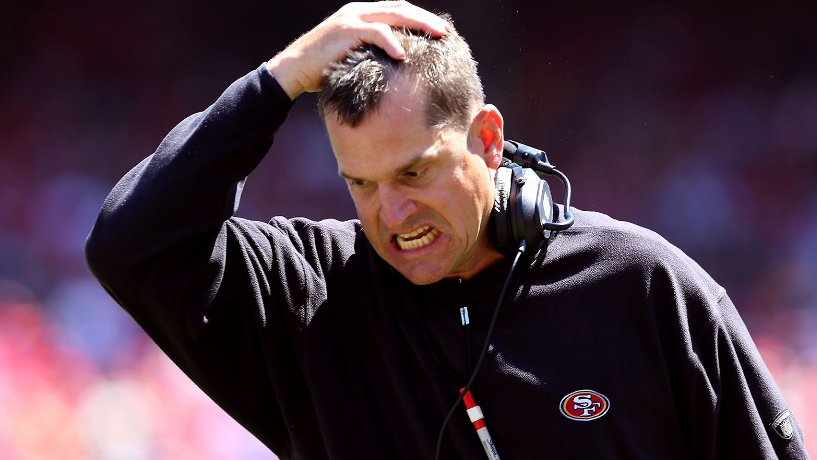 FOT Note:  We here at FOT like to think we get talent and HR at a different level. At the very least, we are probably going to have a different take than the norm.  That’s why we recently onboarded HireVue as an annual sponsor at FOT, where they’ll sponsor posts like this one, allowing FOT contributors to write without restriction on all things related to predictive analytics and how it impacts talent acquisition. Most of us will never get the science behind all of this, and to help, HireVue is also signed up to sponsor a FOT video series aptly names “Weird Science.” Be on the lookout for that show later this month. 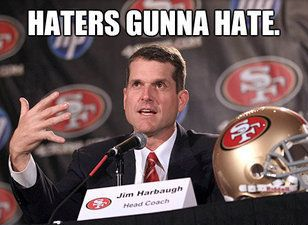 Jim Harbaugh has the reputation of being a jackass.  A jackass that wins football games.  Like many high performers, he tends to wear out his welcome in rather short periods of time. His coaching career, although very successful in winning, has been defined by his rather short stays as the organizations he works for get to a point where they can’t stand him.

Leaders with high standards never turn off those standards, and have very little empathy and compassion for people who don’t share that same level of standard.  Those types of leaders are great for turnaround projects.  Organization is in a death spiral? You need to hire someone with exceptionally high standards that will shake the place up.  Organization just panicking because you haven’t won enough football games lately?

That is why I love the fact that the University of Michigan hired Harbaugh!  It’s just a matter of time until someone pulls his pin. Will Michigan football get better? Yes. Probably almost immediately. He demands it. Will they beat my Spartans? I hope not, but having Jim will definitely help them on that road, assuming he stays around long enough!

That’s really the problem we have in hiring, isn’t it?  We have all these data points.  He has a great resume. Big time college quarterback. Long tenure as a NFL quarterback. Winning college coach. Winning NFL coach. No brainer. Hire. Most of us would make this decision.

Michigan hiring Jim Harbaugh is the exact same thing we all do when we go to hire.  We overlook major potential career derailers, because everything “looks” and “feels” right. Looks and feelings are the enemy of hiring.

Which begs two questions: Would you do what most of the world would do and hire Jim Harbaugh? And if you were actually looking for derailers, how do you identify them?

Organizations have too much to lose in today’s highly competitive environment to continue to hire by feel. I can’t tell you I hate to say this, but Michigan will most likely regret this decision in about 4 to 5 years.

Be on the lookout for Weird Science, our upcoming video show exploring the intersection of predictive analytics and how it impacts talent acquisition (brought to you by HireVue and Fistful of Talent).