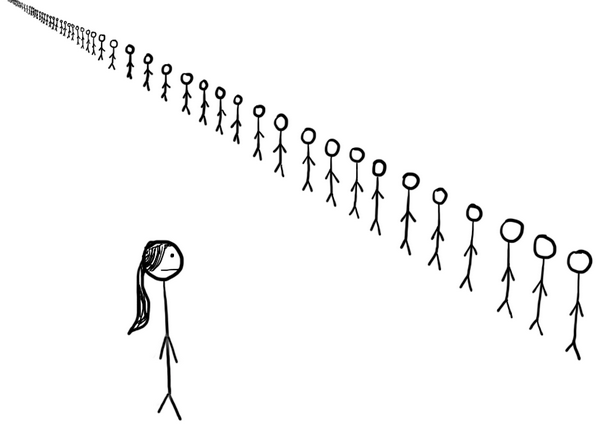 As long as I can remember, everyone in HR and Talent has wanted to be like Google.  Every conference you attend, every article you read, it all comes back to how great Google is at being an employer.  You begin to believe that they have it all figured out, and the rest of us are just playing catch-up.

I was no different.  I wanted the recipe for the secret sauce.  I sought out contacts in HR and Talent at Google, attempting to build relationships so I could get the inside scoop on how they actually pull off being “the chosen one.”  Then, I saw this one little tweet from Glen Cathey:

Now, it all makes sense.

Google is just like you and me. They have no freaking clue! 1% better than a 50/50 chance!?  Are you kidding me? A chimp could have those odds!

Basically, what Google is saying is we didn’t even have to really interview any candidates over a five-year period of time, and our success of hiring would have been virtually the same.  We could have just brought in two candidates who applied for each position, sat them down at a table together, have them play Rock-Paper-Scissors for who gets to call it, then flip a coin.  Heads! You win!

So, right now, you feel pretty good about yourself.  Hell! We are at least as good as Google!

That’s the problem with Talent Acquisition everywhere.  We don’t truly listen to what all the data is telling us.  We gather all of the information. We get assessment scores, we get personality and cognitive measures, we do in-depth background screening, we perform behavioral-based interviews, we check the candidates’ professional references, we stalk their Facebook page, we check informal references the candidate doesn’t know about, we do just about anything to get as much knowledge as we can on a candidate.

Then we screw it all up.

Don’t blame yourself. You’re just stupid.  The science is way smarter than you, but you can’t even see it.  It’s like in the movie Searching for Bobby Fischer (the chess player) when Max reaches across to offer the kid a draw early on in the match. The kid declines. Max can see the win (you can’t see it, it’s nine moves away), but by the time you see it you’ve already lost.

We are the kid who can’t see it.  Hiring science is already smarter than we are, but we want to continue to believe we can do it better. Here’s a clue. If Google can only do better than 1% better than 50/50, you shouldn’t hold out hope you’ll be better than that.

Can you hire better than Google?  Yeah, but not if you’re going to keep making gut decisions.

FOT Note:  We here at FOT like to think we get talent and HR at a different level. At the very least, we are probably going to have a different take than the norm.  That’s why we recently onboarded HireVue as an annual sponsor at FOT, where they’ll sponsor posts like this one, allowing FOT contributors to write, without restriction, on all things related to predictive analytics and how it impacts talent acquisition. Most of us will never get the science behind all of this, and to help, HireVue is also signed up to sponsor a FOT video series aptly named “Weird Science.” Be on the lookout for Episode #2 of the Weird Science video series later this month.