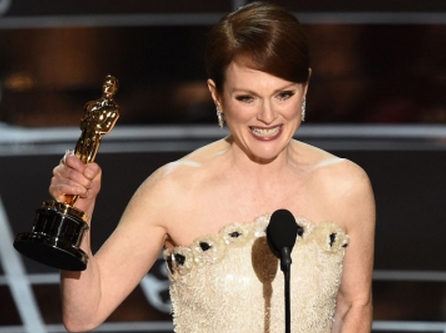 Another year of entertainment has come and gone.  The awards season is officially over with the completion of the 87th Annual Academy Awards.

If you are anything like me—as you were watching all the beautiful women in gorgeous dresses and the handsome men with their chiseled jaws and trendy facial hair walk down the red carpet with their doting spouses, $5,000 accessories, and the best teeth money can buy—you think one thing:

How can I turn this into an FOT post?

The Oscars presented to us 5 commons types of employees at our organization.  You know these employees well.  They work with all of us.  They are:

The Veteran:  The veteran is the person who’s been working for you for a long time.  This person does great work consistently.  You know you can count on her to perform her job well!  Better than most in fact.  Although, while she consistently does everything you expect, she is never the best on the team.  You can’t necessarily point out that single person that is better than her.  However, while she’s come close many times, she has never actually stood out as your best performer.  Until now!  Finally, she has done something to knock your socks off and you can finally hold her up above others as #1.  This employee is Julianne Moore.  You may remember a similar employee from the company you worked at in 2007.  Only, that employee’s name was Martin Scorsese.

The Opinionated:  This is the person that, despite the fact that you didn’t ask, wants to make sure you know how she feels about things completely unrelated to work!  I mean, Brian Williams gets flak but Bill O’Reilly gets off?  Nobody died when Clinton lied!  Whatever political topic is hot, she has an opinion, and it is her responsibility as an upstanding employee and American to make sure you know what it is and to make sure you agree with her on the political topic of the day.  This employee is Patricia Arquette.  You’ve met similar employees before named Marlon Brando or Suzanne Sarandon.

The Overly Excited: This is the dude who is just SO PUMPED TO BE HERE!  Sure, he worked hard to get here, but he knows that a lot of where he is now is from dumb luck!  And, OMG, it’s just SO RAD that he is here, right now, with you, doing this!  Holy Crap!  Obviously, this is Eddie Redmayne.  But, he’s not new to you.  You’re familiar with this employee already.  You know him from before when his name was Roberto Benigni.

The Employee You Sorta Forgot Worked There:  Hey… not all the employees are winners.  This is the employee that has actually been around for a while.  Back in the day, he was actually kinda badass working on projects that were very popular and very successful.  Then, he just kinda took a back seat to some others.  Slowed down a bit, laid low.  And then, BAM, he’s back reminding you about why you liked him.  Of course, now he’s old.  But, he has a self-deprecating way around him that makes you chuckle.  This dude is cute.  He makes you smile, remembering the old days and wondering how you forgot about him.  This employee is Michael Keaton.  You can typically find other employees like this simply by perusing the Best Supporting Actor category.

Finally… The Employee Who Just Got Screwed: This employee was just plain AWESOME!  When he came around, you didn’t really know what to expect.  But, he blew all expectations out of the water!  He ended up impressing you in ways you didn’t expect!  However, he did this early in your fiscal year.  So, come rewards time, when you are finding yourself bombarded by the politicking of all the lesser employees wanting to secure their place in your stack ranking, this employee finds themselves just falling out of your line of site.  It’s certainly not their fault.  But, here you are, recognizing and rewarding the prettier, more attention-seeking members of your organization.  When you finally do roll out the awards, you suddenly realize your blunder!  But, it’s too late to go back.  What’s done is done and you find yourself looking stupid and obsolete.  This employee, my friends, is The Lego Movie.

There you go, ladies and gentlemen.  FOT goes to the Oscars.  Who did I miss?  What other employees were seen on Sunday?